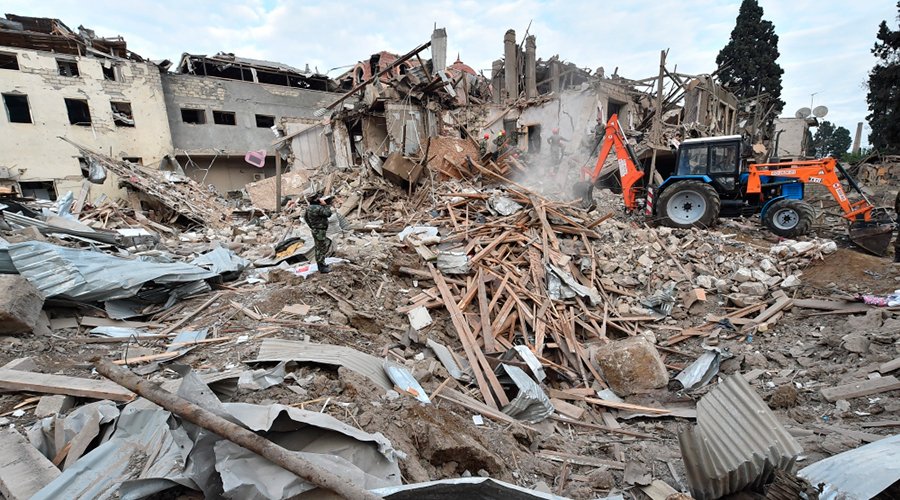 One year has passed since the Armenian Armed Forces launched another missile attack on Azerbaijan’s Gaja city during the Second Karabakh War.

Thus, despite the announcement of the humanitarian ceasefire on October 10, the Armenian army continued to intensively fire on Azerbaijani settlements.

The Prosecutor General's Office of Azerbaijan has launched a criminal case under the relevant articles of the Criminal Code in connection with the shelling of Ganja.

The moment of the rocket fire on Ganja was recorded by the surveillance camera of the Ministry of Emergency Situations.

During the Second Karabakh War, the Armenian Armed Forces attacked Ganja 5 times (October 4, 5, 8, 11, 17) with rockets and heavy artillery. As a result, 26 people were killed, and 175 others were injured. Civilian infrastructure and vehicles in the city were severely damaged.

A total of 93 civilians, including 12 children and 27 women, were killed and 454 others were injured.