Over 20,000 evacuated due to floods in Malaysia 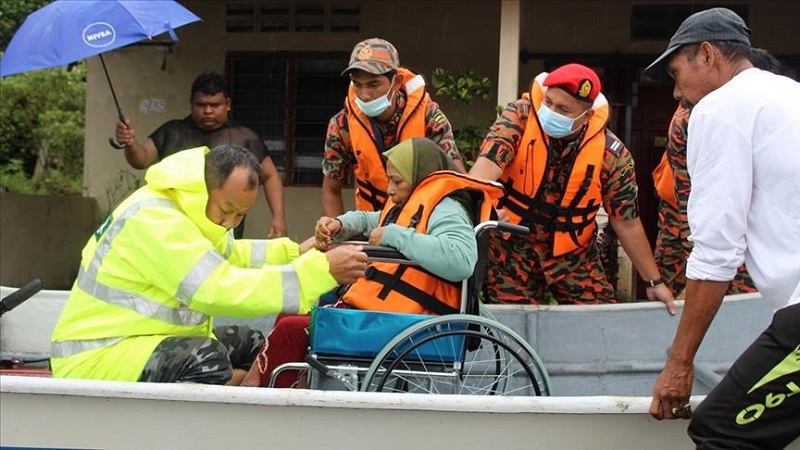 The number of people evacuated due to floods in Malaysia caused by monsoon rains exceeded 20,000 early Tuesday.

A total of 20,838 people affected by the monsoon rains since Jan. 1 in the Pahang, Johor, Kelantan, Terengganu, Selangor, and Perak states were taken to safe places, Malaysian authorities said in a statement.

The statement noted that the death toll due to the floods rose to three.

Meteorologists said the monsoon rains will also reach the Borneo Island in East Malaysia and warned of the bad weather conditions expected in the Sabah state.

In the Johor and Pahang states, the most affected by floods since Jan. 1, more than 7,000 people have been evacuated from their homes.

The number of people affected by the floods has risen also in the surrounding states as showers became effective.