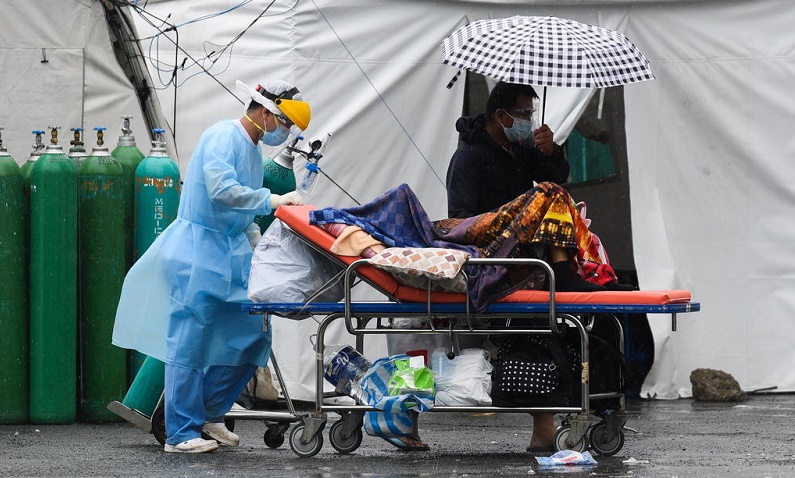 The Philippines' capital region will shift to localised lockdowns and an alert level system starting Sept. 16 to prevent the spread of coronavirus while allowing more businesses to resume operations, the president's spokesperson said late on Monday, Reuters reports.

Wide-scale, strict and lengthy lockdowns since last year have decimated the Philippine economy, which was one of Asia's fastest growing before the pandemic.

"We should strive for total health and this can only be realised by carefully balancing our COVID-19 response by considering both the health of our people and the economic health of the nation," presidential spokesperson Harry Roque said in a statement.

Under the new guidelines, quarantine curbs will cover entire cities, replacing the existing four-degree classification imposed on large groups of cities and provinces, the coronavirus task force said in a statement.

The health ministry will determine which parts of the capital region, an urban sprawl of 16 cities home to more than 13 million people, will be placed under tight or loose levels, depending on case transmission rates and hospital occupancy.

Granular lockdowns in critical areas will be imposed for at least 14 days, the task force said.

But mayors in areas under lowest alert levels can allow the operation of indoor entertainment venues like theatres, bars, clubs, cinemas and amusement parks, which were businesses banned from operating even in low-risk areas since last year.

Limited in-person classes and other education-related activities at all levels can resume in areas with low virus transmission and hospital usage, the task force said.

The Philippines, which has the second-highest number of COVID-19 cases and deaths in Southeast Asia, is battling its worst surge in infections, overwhelming hospitals and healthcare workers.

Cases in the past 30 days alone accounted for more than a fifth of the country's 2.2 million cases, while total deaths have reached 35,145.