Pollution of Okhchuchay River - German Embassy keeps on denying, but facts speak for themselves — ANALYTICS BY NEWS.AZ 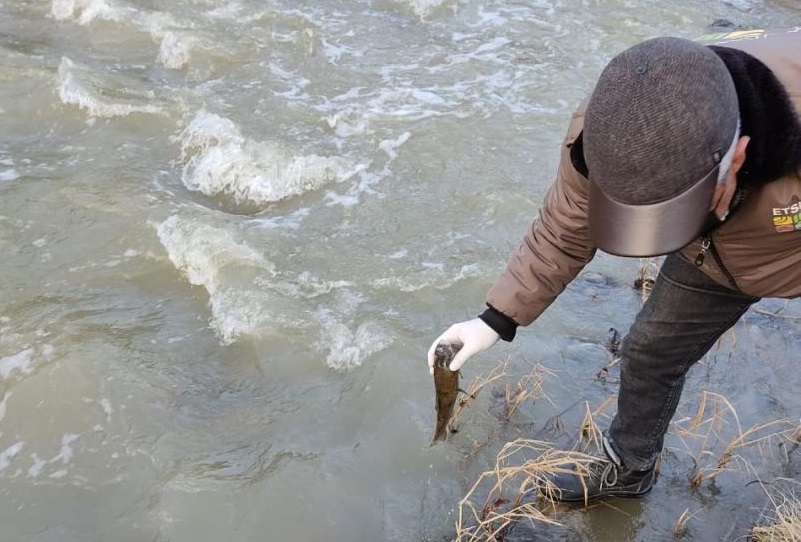 At the end of the Second Karabakh War, in the post-conflict period, the question arose of the restoration of liberated territories, as well as the investigation of the facts of the destruction and pollution of flora and fauna of Azerbaijani territories by the Armenian side. And here the facts of participation of various foreign companies in vandalism of the once occupied territories started to surface.

Thus, the media have long been discussing the pollution of the transboundary Okhchuchay River, flowing from Armenia to Azerbaijan. Namely, the activities of the mining industry in the Syunik region (Zangezur) of Armenia. Earlier media wrote that the German company CRONIMET Holding GmbH was practically the owner of the Zangezur copper and molybdenum plant.

In connection with this fact, News.Az and other media outlets of the country applied to the official representative of Germany in Azerbaijan, the Embassy in Baku for comment. The reply of the diplomatic mission did not bring clarity to the matter, but, on the contrary, raised more questions. In brief, it said that CRONIMET company has sold its shares of Zangezur copper and molybdenum mine to a local Armenian company by 2019, and it not involved in this anymore.

Following the logic and the answer of the German ambassador, which was no doubt coordinated with the official Berlin, the German company "washed its hands of it" by virtue of the fact it had already sold its shares. That is, the emissions of pollutants into the Okhchuchai River until 2019 not counting. Whether such logic has anything to do with reality is a rhetorical question. But the reality and facts are that the German CRONIMET has been present in Armenia since 1996, i.e. a year after the end of the First Karabakh War and the occupation of 30% of Azerbaijani territories by the Armenian armed forces. The fact of occupation of Azerbaijani lands and temporary loss of official Baku's control over them can hardly justify the German diplomats' response, let alone indemnify the German company from any liability, which could not have been unaware of the fact of pollution of Azerbaijani lands as a result of its enterprises.

The fact that, according to Armenian media reports, back in 2008, the then President of Armenia Serzh Sargsyan received a German delegation led by Gunter Pilarsky, chairman of CRONIMET, as well as an investigation by the Armenian Civilnet publication indicates that another shadow co-owner of the Zangezur Copper-Molybdenum Plant also is the son-in-law of the former President of Armenia Serzh Sargsyan, the ex-Ambassador of Armenia to the Vatican Mikael Minasyan. This fact suggests that CRONIMET was completely untied in the matter of pollution of the Okhchuchay River, and no criminal liability for the pollution of even the Armenian lands in Syunik threatened the company. Accordingly, the German CRONIMET deliberately took part in the pollution of Azerbaijani lands.

Most likely, the fact that the German company sold its stake in the plant is related to the fact that the Velvet Revolution took place in Armenia in 2018 and the company lost its "lifeline" in the form of deposed Serzh Sargsyan, as well as in the result of the subsequent investigation conducted by the Armenian newspaper Civilnet. But even this fact raises many questions as there is no information about to whom and for how much the parts of the German CRONIMET were sold.  Among the new shareholders of the plant are such German businessmen as Thomas Peter Haley, who has been a shareholder of 12.5% of the company since March 27, 2020, as well as German citizens Johannes Bhatt and Johnathan Jeronimus Hill.

Meanwhile, CRONIMET Mining GmbH is still listed on the official website of Zangezur copper and molybdenum plant as a 60% shareholder, i.e. its owner. We want to believe that the German embassy in Baku simply overlooked such a fact. But even if the plant, for reasons unknown to us, "forgot" to remove information about the German company from its official website, does this mean that the Okhchuchay pollution only occurred after 2019, when CRONIMET, according to the German Embassy, sold its shares? This kind of logic only brings a ridiculous smile.

Perhaps, the German company's management believed the Armenian authorities' promises that these lands will never be returned to Azerbaijan, so they can pollute them as much as they want. However, the time has not played into the hands of either the Armenian authorities or the German company, which will sooner or later have to bear responsibility for polluting Azerbaijani lands.