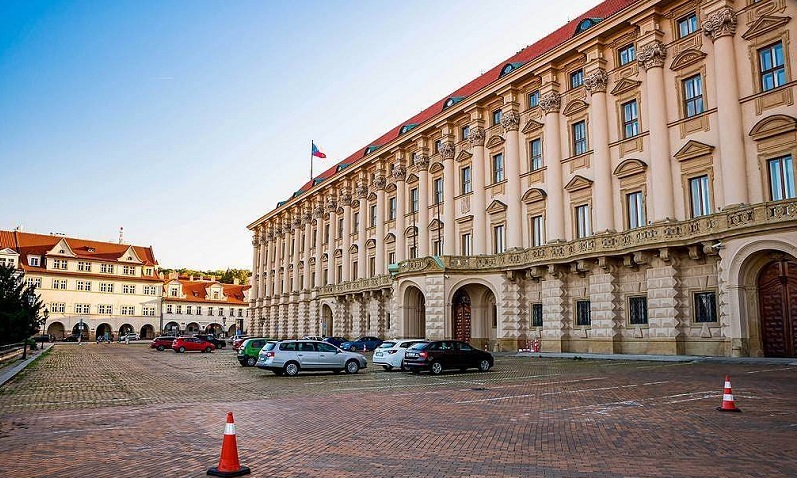 The Czech Republic has demanded that Russia reduce the number of diplomats at its embassy in Prague to match the number of Czech employees at the embassy in Moscow, Czech Foreign Minister Jakub Kulhanek told reporters on Thursday.

"We will cut the number of diplomats at the Russian embassy in Prague to match the number of our staff at the embassy in Moscow. The decision took effect today. Russia has been given time until the end of May to recall their staff," he said, commenting on Moscow’s move to declare 20 employees of the Czech embassy personae non-gratae in response to the expulsion of 18 Russian diplomats from Prague.

The Czech government earlier pointed out that the embassy staff in Moscow was far smaller than that at the Russian embassy in Prague.

Prague claims that Moscow was involved in the 2014 ammunition depot blast in the eastern Czech village of Vrbetice.