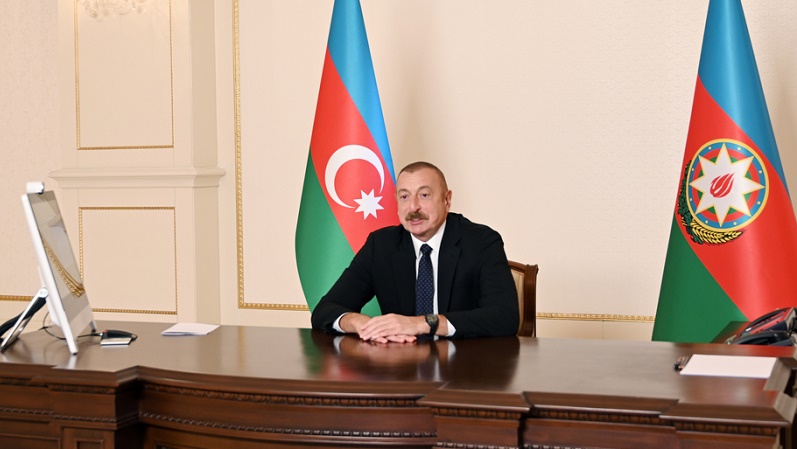 “First obstacle of course is mines. Because without demining we cannot return civilians, because we cannot put their life under threat,” President of Azerbaijan Ilham Aliyev said in an interview with the Spanish EFE news agency.

“Therefore, as I said many times, our main rival, if I may say so, is time. So, we are doing demining ourselves. We’ve increased the number of deminers in our national demining agency. Also, we increased the number of military servicemen who are also involved in this process. But it takes time. But despite in those areas where we have already had demining we already started to build settlements, cities and villages for civilians. First what we’ve done, we’ve done full survey of the infrastructure demands and the electric power infrastructure will be fully ready by the end of this year, in a couple of months. Also, issues related to roads and water supply are important. And we already started a couple of several months ago investments in one pilot village which will be ready to receive first settlers maybe by the end of this year, beginning of the next year. So this is the process already in the pipeline. We are preparing the master plans for all the cities, and later for the villages and we have allocated for this year only 1.3 billion US dollars for reconstruction of the liberated areas,” the head of state said.

“So, it’s difficult to say exact time when it will start but it will start in stages. And the first stage, as I said will take place in several months,” he added.