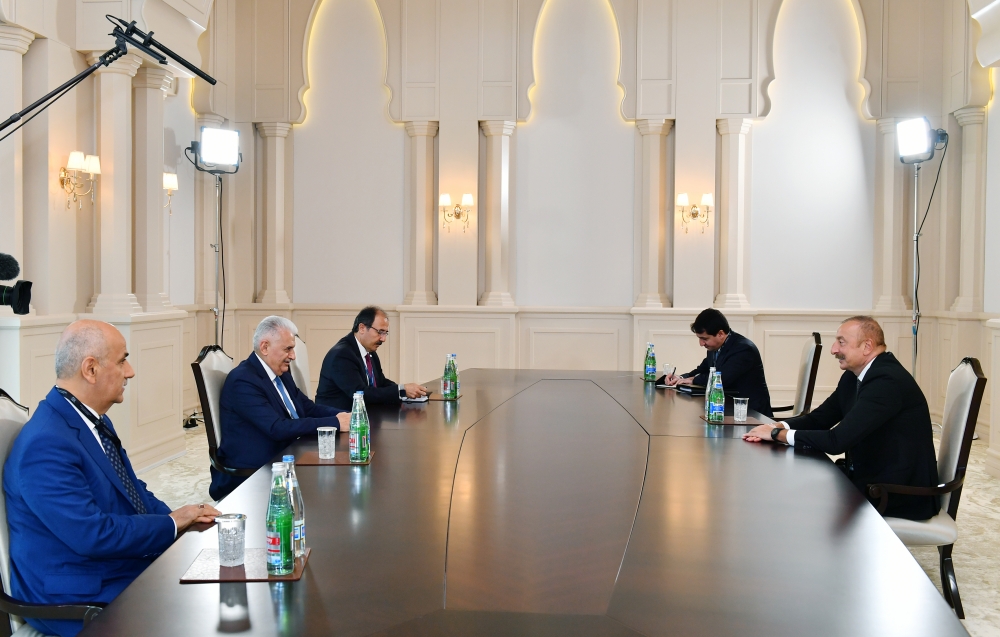 They noted that friendly and brotherly relations between Azerbaijan and Turkiye are successfully developing in all areas.

Binali Yildirim thanked for the invitation to the Global Baku Forum, and congratulated President Ilham Aliyev on the excellent organization of the event.

He underlined that the Forum is one of the most important global events, noting that he read out Turkish President Recep Tayyip Erdogan`s address to the event participants.

Stressing the importance of holding an international conference in Shusha yesterday on the occasion of the first anniversary of the Shusha Declaration, Binali Yildirim said that important discussions were also held at the event.

During the conversation, the sides exchanged views on issues of mutual interest.

Presenting a keepsake to the head of state, Binali Yildirim said “it is the same as the sword of Fatih Sultan Mehmet, who conquered Istanbul, and is presented to President Ilham Aliyev, the conqueror of Karabakh”.