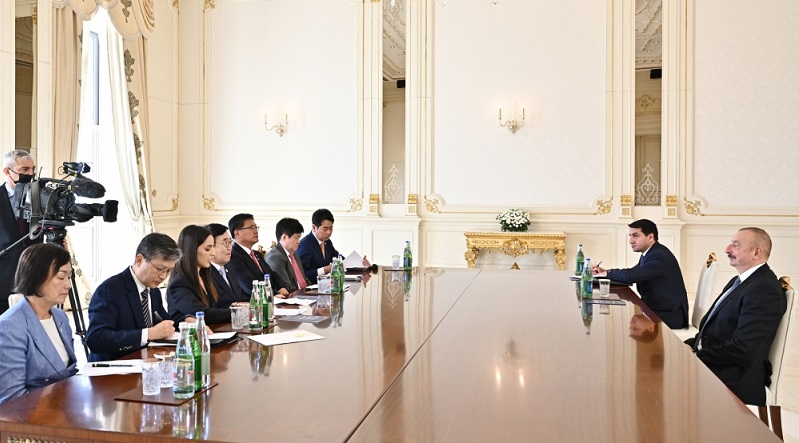 The delegation includes members of the National Assembly of the Republic of Korea.

Stating that there were good contacts in the political and economic spheres between the two countries, the President of Azerbaijan recalled the visit of the Speaker of the Korean Parliament to Azerbaijan and noted the contribution of Suh Byung-soo`s visit to the strengthening of cooperation.

President Ilham Aliyev said that Korean companies had been successfully operating in Azerbaijan for many years, had implemented several important industrial projects and were very active in the construction sector. The architecture of several high-rise buildings in Baku has been designed by Korean companies as well.

The head of state noted the need for political and economic relations to become more active and emphasized the role of interparliamentary cooperation in developing bilateral relations.

President Ilham Aliyev said that Armenians had committed acts of destruction and vandalism on Azerbaijani lands in the 30 years of occupation and completely destroyed Azerbaijani cities and villages, adding that Azerbaijan was currently implementing large-scale restoration and reconstruction projects in those territories. The President noted that Korean companies could contribute to this work through state-of-the-art technologies.

Suh Byung-soo conveyed the greetings of President of the Republic of Korea Yoon Suk-yeol to the head of state. He noted that the President of South Korea emphasized his great interest in Azerbaijan.

The head of state expressed his gratitude for the greetings, and asked Suh Byung-soo to convey his greetings to the President of the Republic of Korea.

Suh Byung-soo, who stated that he had visited Azerbaijan in 2009, noted that the development processes he was witnessing in the country`s capital had made a great impression on him, and congratulated the head of state on Azerbaijan’s achievements.

Suh Byung-soo compared the great efforts of President Ilham Aliyev for the development of the country with those of the former President of South Korea, Park Chung-hee. He said that Park Chung-hee had turned South Korea into a highly developed country by relying on the power of the people.

Then Suh Byung-soo presented the letter from the President of South Korea to the head of state. 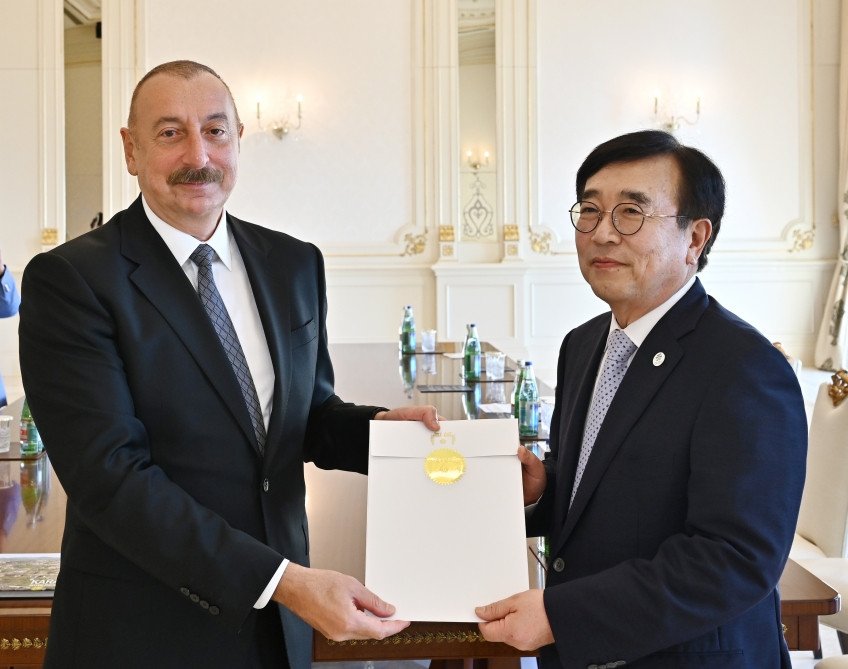 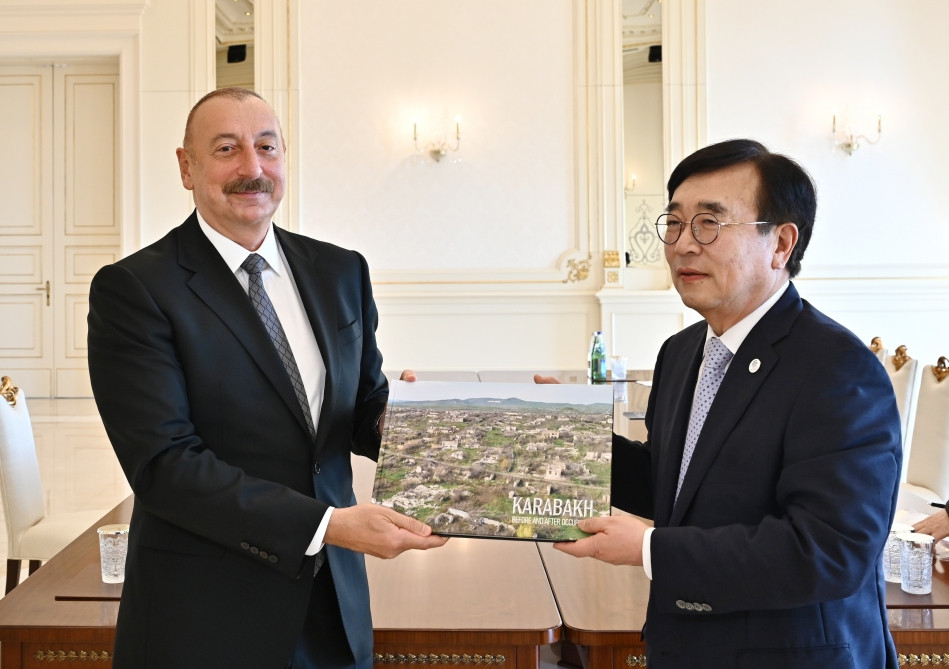 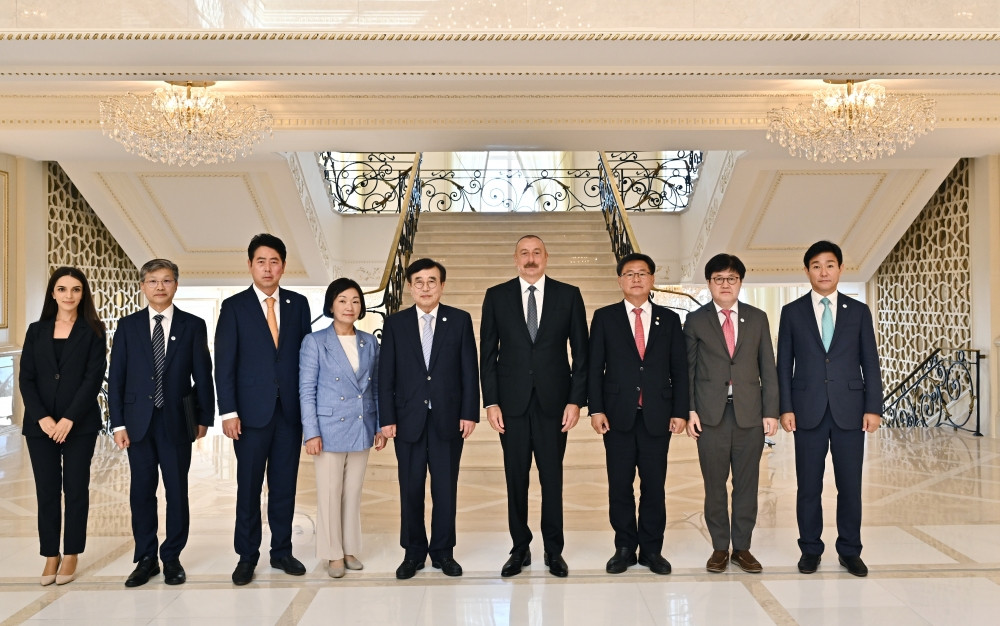