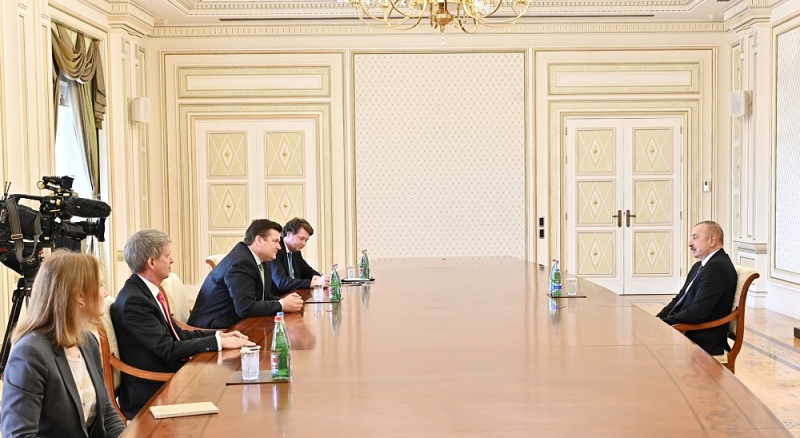 President of the Republic of Azerbaijan Ilham Aliyev has received Minister for the Armed Forces of UK, member of the UK Parliament James Heappey.

The sides noted with pleasure that this year marks the 30th anniversary of the establishment of diplomatic relations between Azerbaijan and the UK, saying that the two countries had enjoyed fruitful cooperation in various areas during this period. The importance of the congratulatory letter of Prime Minister of the United Kingdom of Great Britain and Northern Ireland Boris Johnson to President Ilham Aliyev and the Azerbaijani President’s letter of congratulations to Boris Johnson on this occasion was emphasized at the meeting.

They underlined that the successful cooperation between the two countries for 30 years creates good grounds for further expansion of bilateral relations.

The sides exchanged views on prospects for cooperation in the areas oil and gas, UK’s investment in Azerbaijan's economy, as well as in trade, transport and defense.

Azerbaijan's participation in NATO’s “Resolute Support” mission in Afghanistan was pointed out during the conversation.

President Ilham Aliyev highlighted the regional processes in the post-conflict period after the settlement of the Armenia-Azerbaijan Nagorno-Karabakh conflict.