President Ilham Aliyev: To achieve sustainable international peace and security, there must be put an end to occupation 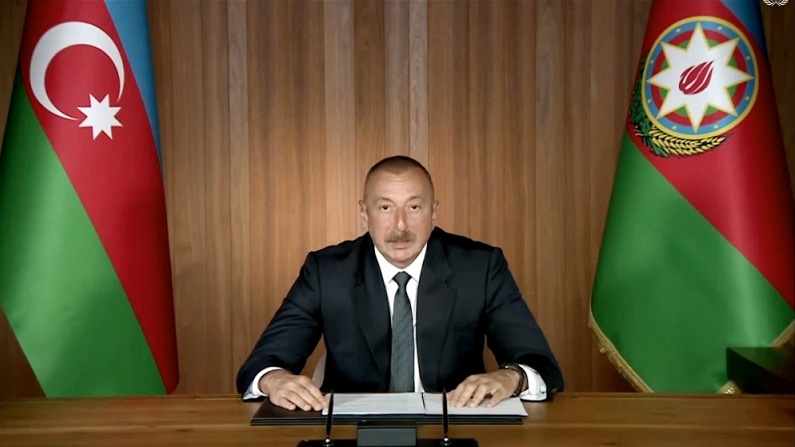 "The 2030 Agenda for Sustainable Development Goals stipulates that, “there can be no sustainable development without peace and no peace without sustainable development”. To achieve sustainable international peace and security, there must be put an end to the occupation. Adherence to the norms and principles of the international law and implementation of the UN Security Council resolutions must be ensured," said President Ilham Aliyev as he made a speech at the general debates of the 75th session of the United Nations General Assembly in a video format, News.Az reports.

"Almost 20% of the territory of Azerbaijan remains under occupation of Armenia for almost 30 years. Armenia used military force against Azerbaijan, in brutal violation of the UN Charter and occupied Nagorno-Karabakh and seven other regions of Azerbaijan. More than one million Azerbaijanis became refugees and internally displaced persons.