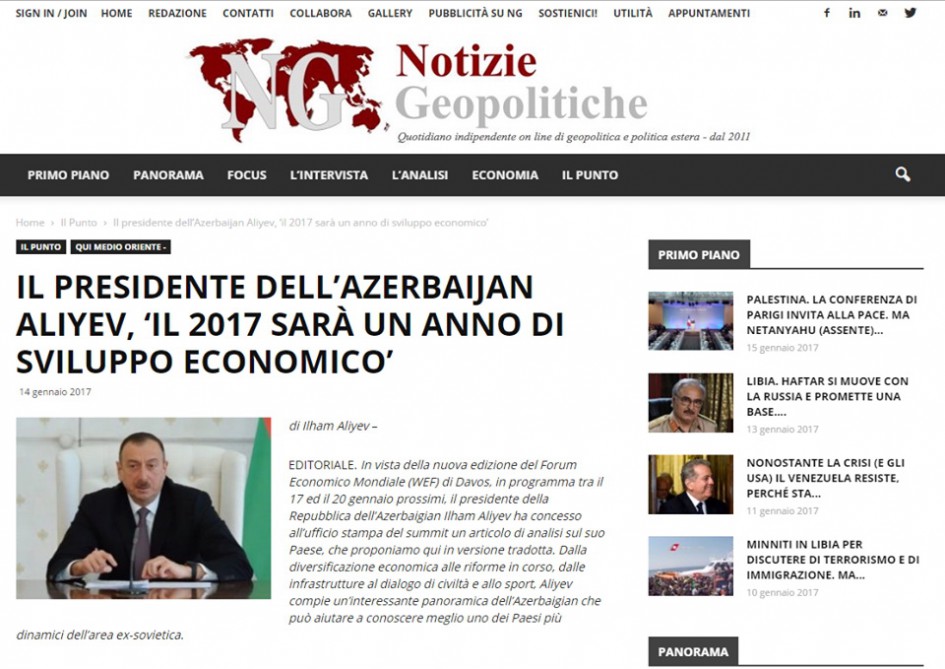 The head of state in the article says that “the implementation of globally important projects in various sectors of the economy, including energy, not only made our country more capable, but also facilitated regional and international cooperation”. President Ilham Aliyev highlights the Azerbaijan-led and Azerbaijan-initiated energy projects, the realization of Azerbaijan's transit potential and the works done for the construction of industrial parks and zones to ensure development of the industry sector, AzerTag reports.

President Ilham Aliyev notes that the ongoing global economic crisis affected Azerbaijan's economy too, decreasing income. "Nevertheless, we are successfully overcoming these challenges through relevant measures. To ensure more sustainable development, a strategic roadmap has been adopted; comprehensive structural, institutional, monetary, financial and other reforms have continued; tax and customs management has improved; and transparency is ensured in all the areas."

In the article President Ilham Aliyev hails Azerbaijan's multiculturalism and tolerance, as well as the country's achievements in sports, saying "Azerbaijan is also a world-known host in this sphere."

"I'm sure that 2017 will be the year of economic development for Azerbaijan. We will continue to implement efficient economic reforms. At the same time we will increase spending for socially-oriented initiatives," the head of state says.