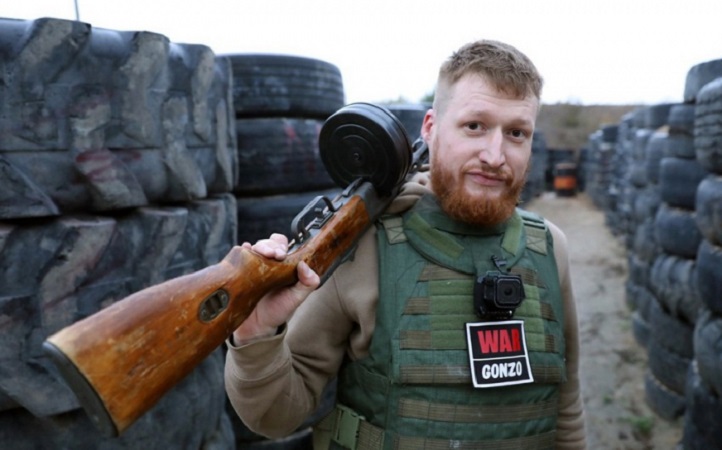 The Prosecutor General 's Office of Azerbaijan continues to take all necessary measures to expose the aggressive nature of the Republic of Armenia in the international arena, as well as to bring to justice the servicemen of the armed Armenian formations who have committed crimes against Azerbaijani army and civilians.

According to the press service of the Prosecutor General's Office of Azerbaijan, in the course of the ongoing comprehensive measures and the investigation carried out by the Prosecutor General’s Office, videos with open calls to violate the territorial integrity of the country, distributed on some Internet resources, were analyzed.

In the course of the investigation, solid suspicions arose that a citizen of the Russian Federation Semyon Pegov, having entered into a criminal relationship with persons in Armenia and in the occupied territories of the Republic of Azerbaijan, united with them in a criminal group, contrary to the requirements of the Law on the State Border of the Republic of Azerbaijan and the Migration Code, illegally crossed the internationally recognized state border of the Republic of Azerbaijan without the necessary documents and outside the checkpoints, that is, through Armenia and entered the territory of Khankandi city and other occupied territories in order to support the illegal regime operating under the name "Nagorno-Karabakh Republic".

The investigation also established grounds for suspicion that Semyon Pegov, in order to support the Artsakh puppet regime created on the occupied territories of Azerbaijan as a result of the military aggression of Armenia, filmed numerous Armenian volunteers, who had arrived allegedly to protect this regime, interviewed members of the terrorist groups operating in the occupied territories and, publishing numerous videos on his pages on social networks, urged citizens of the Russian Federation coming to the war zone in order to provide assistance to the Republic of Armenia, and also distributed similar materials calling for the violation of the territorial integrity of Azerbaijan.

The Prosecutor General’s Office has sent a request for legal assistance to the competent authorities of the country of which the person is a citizen.