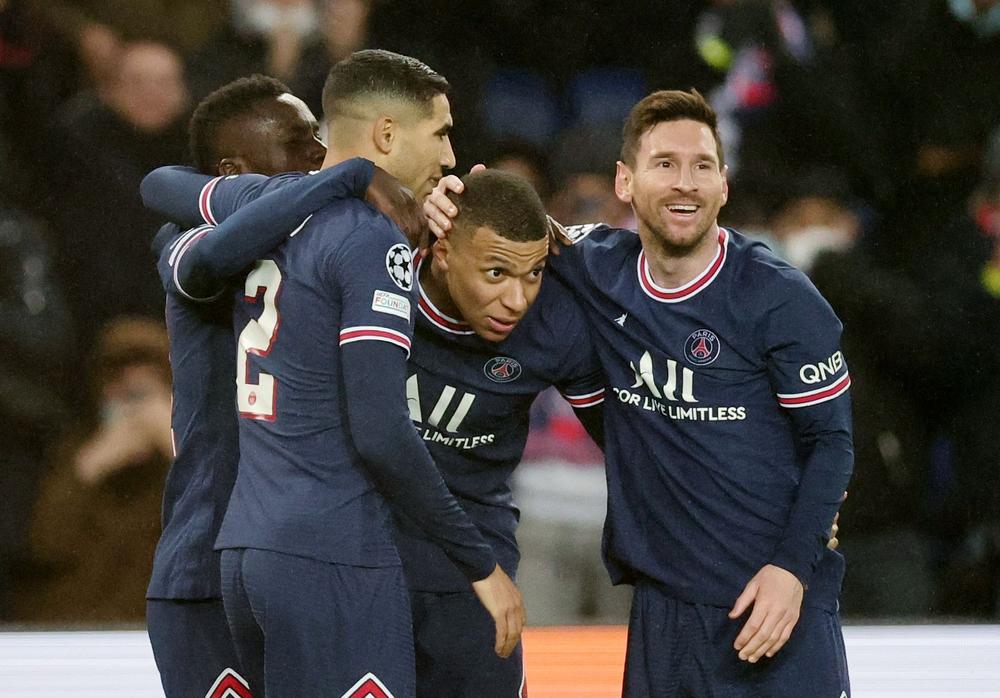 Paris Saint-Germain (PSG) took a narrow advantage in the first leg of the Champions League last 16 tie after they beat Real Madrid 1-0 on Tuesday, News.Az reports.

French Ligue 1 leaders PSG were close to scoring when Kylian Mbappe won the penalty, but Lionel Messi's penalty was saved by Thibaut Courtois in the 62nd minute.

In stoppage time, Mbappe gave PSG a crucial win with a sensational solo goal at the Parc des Princes in Paris.

The teams will face off in the second leg at the Santiago Bernabeu in Madrid on March 9.

English Premier League side Manchester City took a huge step toward advancing to the Champions League quarterfinals after hammering Sporting CP 5-0 on Tuesday.

Goals from Riyad Mahrez, Bernardo Silva (2), Phil Foden and Raheem Sterling sealed an easy win for the visitors against the Portuguese club at Jose Alvalade Stadium in Lisbon.

Manchester City will host Sporting CP in the second leg at Etihad Stadium on March 9.