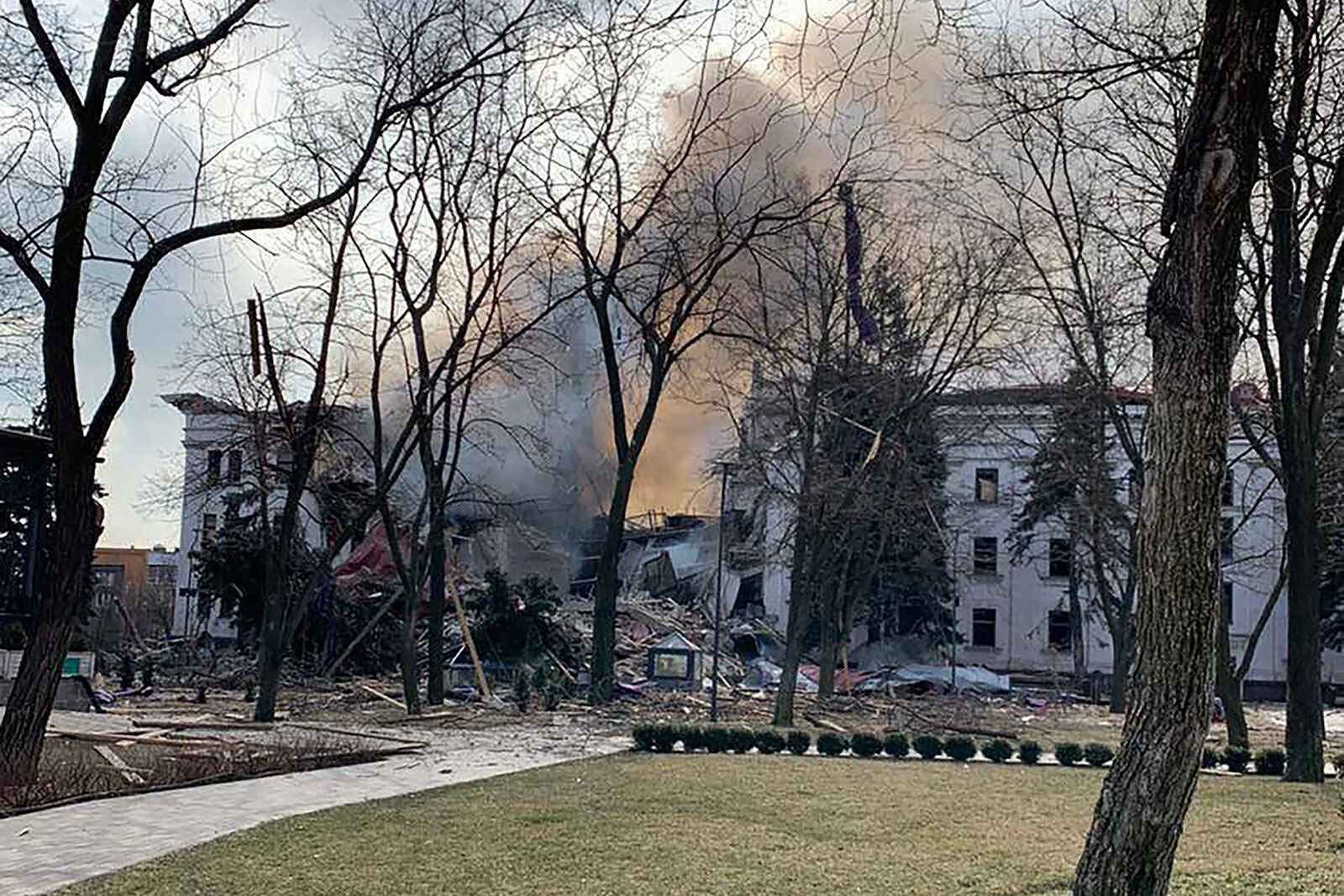 The Mariupol City Council has posted an image of the Ukrainian city's theater — where hundreds of people are said to have taken shelter — after it sustained heavy damage in a bombing Wednesday, News.az reports.

CNN has geolocated the image and confirmed it is of the theater. Videos showed a fire raging in the theater's ruins.

The city council said that Russian forces had "purposefully and cynically destroyed the Drama Theater in the heart of Mariupol. The plane dropped a bomb on a building where hundreds of peaceful Mariupol residents were hiding."

The council added on its Telegram channel: "It is still impossible to estimate the scale of this horrific and inhumane act, because the city continues to shell residential areas. It is known that after the bombing, the central part of the Drama Theater was destroyed, and the entrance to the bomb shelter in the building was destroyed."

It said casualty numbers were still being confirmed.

"It is impossible to find words that could describe the level of cruelty and cynicism with which the Russian occupiers are destroying the civilian population of the Ukrainian city by the sea. Women, children, and the elderly remain in the enemy's sights. These are completely unarmed peaceful people," it said.

"We will never forgive and never forget," it added.

Separately, Petro Andriushchenko, an adviser to mayor of Mariupol, said the theater's shelter was "the largest in number and size shelter in the city center."

"According to preliminary data, more than a 1,000 people were hiding there. The number of dead and injured is unknown. The probability of getting there to dismantle the rubble is low due to constant shelling and bombing of the city," he said.