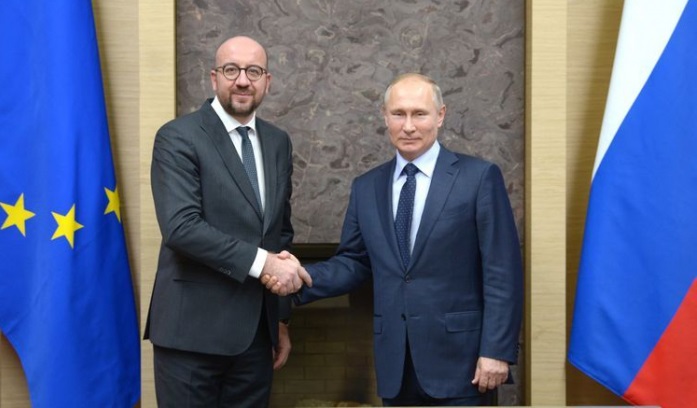 President of the European Council Charles Michel and Russian President Vladimir Putin exchanged views on the Armenia-Azerbaijan conflict, according to the EU's press office.

On 7 June 2021, President Michel spoke with President Putin on the phone.

During the phone call, the presidents also exchanged views on Libya as well as on the COVID pandemic, vaccines, and other global issues.

Following over a month of military action to liberate its territories from Armenian occupation from late Sept. to early Nov. 2020, Azerbaijan has pushed Armenia to sign the surrender document. A joint statement on the matter was made by the Azerbaijani president, Armenia's PM, and the president of Russia.

A complete ceasefire and a cessation of all hostilities in the zone of the Nagorno-Karabakh conflict were introduced on Nov. 10, 2020.