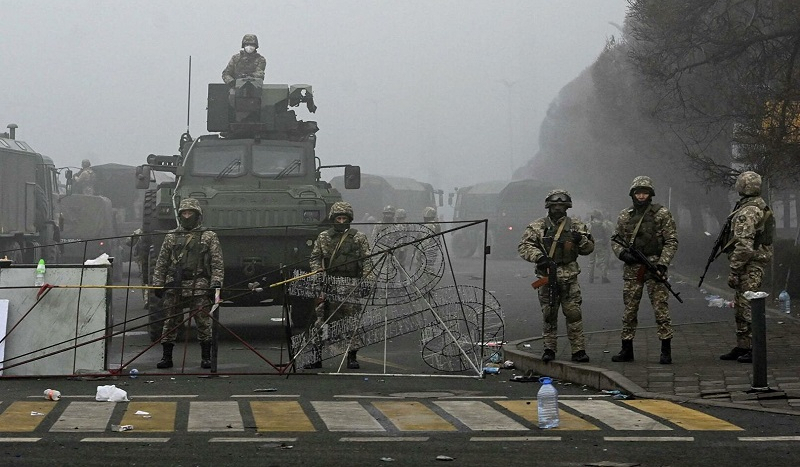 According to the Collective Security Treaty Organization (CSTO), the peacekeeping forces include subdivisions of the Armed Forces of Russia, Belarus, Armenia, Tajikistan and Kyrgyzstan.

"The main tasks of the Collective Peacekeeping Forces of the CSTO will be the protection of important state and military facilities, assistance to the law enforcement structures of the Republic of Kazakhstan in stabilizing the situation," the CSTO stressed.

After the price of the fuel spiked, big demonstrations erupted on Jan. 2 in certain parts of the country. Public protests are illegal in the country unless their organizers file a notice in advance. Following the development of the situation, the government declared a state of emergency all over the country.