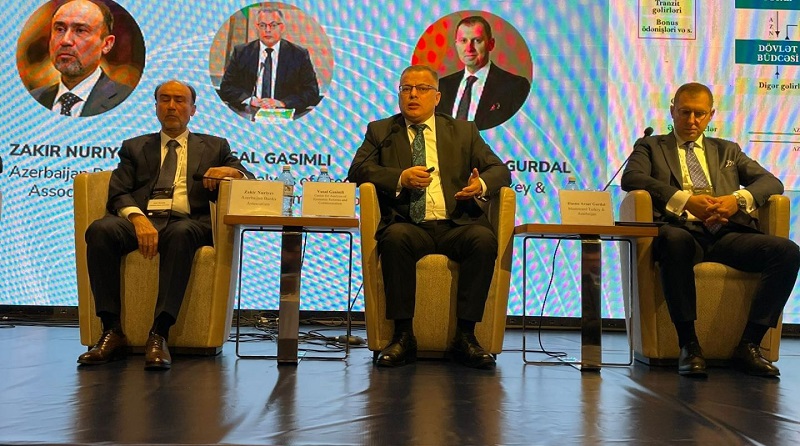 The share of banking assets in Azerbaijan's GDP has grown from 26.8 percent to 44.3 percent over the past 10 years, Vusal Gasimli, Executive Director of the Center for Analysis of Economic Reforms and Communications of Azerbaijan (CAERC), said on Thursday.

He was speaking at the 6th International Banking Forum in Baku, News.Az reports.

According to Gasimli, the volume of credit investments in the Azerbaijani economy in the reporting period increased from 9.9 billion manat ($5.8 billion) to 17.1 billion manat ($10 billion).

"The level of capitalization and liquidity of the banking sector, making up a significant part of the financial sector of Azerbaijan, exceeds the norm by two times," he said.

The official stressed that the ‘Strategy for the socio-economic development of the Republic of Azerbaijan for 2022-2026’ defines the main directions for the development of banking.

"According to the strategy, the volume of assets of the banking sector is expected to annually grow by eight percent, the loan portfolio - by 10 percent, business loans - by six percent, loans to micro, small, and medium businesses - by 15 percent, and the insurance market volume - by 10 percent," Gasimli explained.