Azerbaijani FM, US Deputy Secretary of State speak over phone 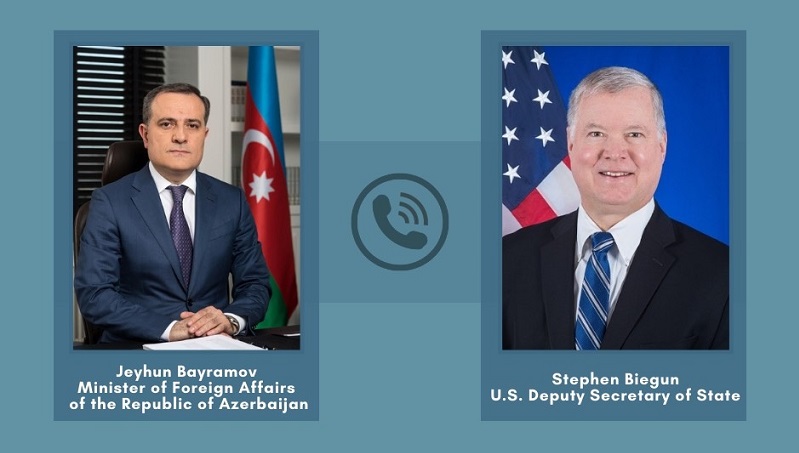 On October 28, 2020 a telephone conversation took place between the Minister of Foreign Affairs of the Republic of Azerbaijan Jeyhun Bayramov and the Deputy Secretary of State of the USA Stephen Biegun.

During the telephone conversation Minister Jeyhun Bayramov stressed that in a gross violation of the agreed ceasefire for the third time, as well as the international humanitarian law, Armenia deliberately targeted the peaceful Azerbaijani population in Barda city. He noted that innocent civilians, including children and women of the cities situated far away from the conflict zone, have been repeatedly attacked by the armed forces of Armenia after the Washington meeting and on the eve of intended Geneva talks. Minister Jeyhun Bayramov also informed his counterpart on the casualties among the civilians as a result of a treacherous Armenian missile attack.

US Deputy Secretary of State Stephen Biegun expressed serious concern over the civilian casualties and noted the inadmissibility of attacks against civilians. He stressed the importance for the parties to take appropriate steps to reduce the tensions and reach a political solution to the conflict.