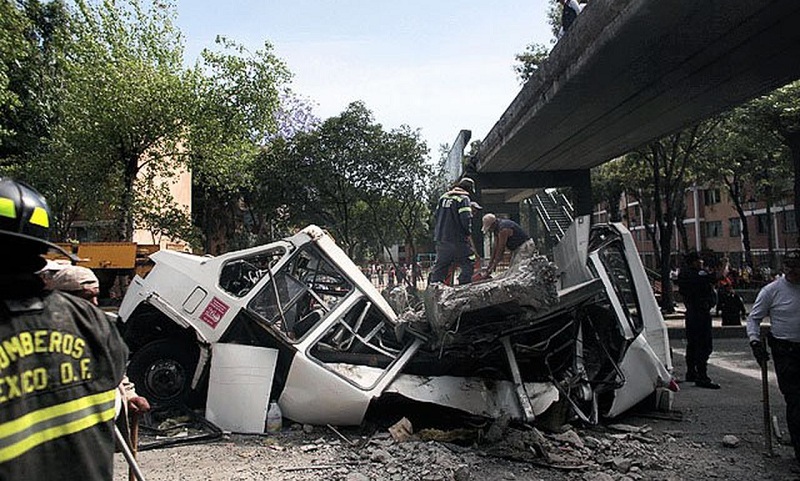 A powerful earthquake hit the coast of southern Mexico on Tuesday, shaking buildings in Mexico City hundreds of miles away, sending people fleeing their homes into the streets, and triggering a tsunami warning, Reuters reports.

There were no immediate reports of casualties from the quake, which the U.S. Geological Survey measured at magnitude 7.4. It was centered on the Pacific coast in the state of Oaxaca.

President Andres Manuel Lopez Obrador said there were no preliminary reports of damage but added that he was still awaiting reports from Oaxaca, a mountainous state that is home to coffee plantations, beach resorts, and Spanish colonial architecture.

Alberto Ibanez, a photographer in Oaxaca City, told Reuters the quake left a crack in an internal wall in his apartment and knocked books and pots off shelves.

“Everybody fled into the street, it was really strong,” Ibanez said.

Reuters witnesses in Mexico City saw no initial signs of injuries or damage. The capital’s public security ministry said a flyover showed “there are no fallen buildings.”

Quakes of magnitudes over 7 are major earthquakes capable of widespread, heavy damage. A 7.1 magnitude earthquake that struck central Mexico in 2017 killed 355 people in the capital and the surrounding states.

Tuesday’s quake set off a tsunami warning for a radius of 1,000 km (621 miles) on the Pacific coasts of Mexico and Central America, including Mexico, Guatemala, El Salvador and Honduras.