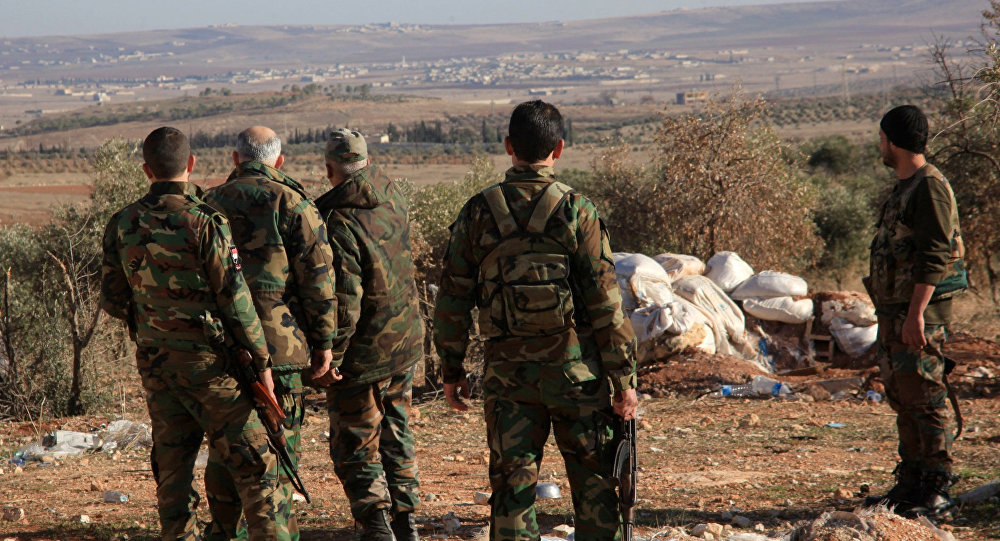 In an interview with Sputnik Arabic, field commander of the Syrian Arab Army in Deir ez-Zor Brigade General Issam Zaheralden confirmed that two senior Daesh commanders, including Abu Muhammed al-Adnani who was in charge of the group's drone attacks, were killed in an airstrike near the city of Deir ez-Zor.

Brigade General Issam Zaheralden said that civilians lost access to the airport, their only source of food, medicine and fuel, due to the latest terrorist attack on the city, prompting the Syrian Arab Army to launch an offensive along the 3-kilometer-long (1.8-mile-long) frontline.

The ongoing operation has seen government forces advance 1.5 kilometers (more than 0.9 miles) from the al-Makabir district into territories held by the militants. The fighting has continued unabated.

As part of this campaign, the Syrian Arab Air Force conducted airstrikes near an area known as hill 14, killing 15 terrorists, Brigade General Issam Zaheralden detailed, adding that Abu Muhammed al-Adnani and Abu Walid al-Tarablusi were among them.

In addition, the son of Daesh leader Abu Bakr al-Baghdadi is said to have been wounded in an airstrike conducted by Syrian warplanes, unnamed sources told Sputnik, adding that several of his companions were killed.

On Monday, a military source told the news agency that Russian and Syrian aircraft carried out several sorties targeting Daesh in the southern districts of Deir ez-Zor, including al-Makabir, Sirriya Jneed and Liwaa al Taamid.

In January, Daesh encircled the Deir ez-Zor military airfield. The base remains the Syrian Army's last line of defense on the way to the city, which has been besieged by the militants for three years. Lt. Gen. Sergei Rudskoy, chief of the Russian General Staff Main Operational Directorate, warned that should the base and the city fall, civilians trapped there will be killed.