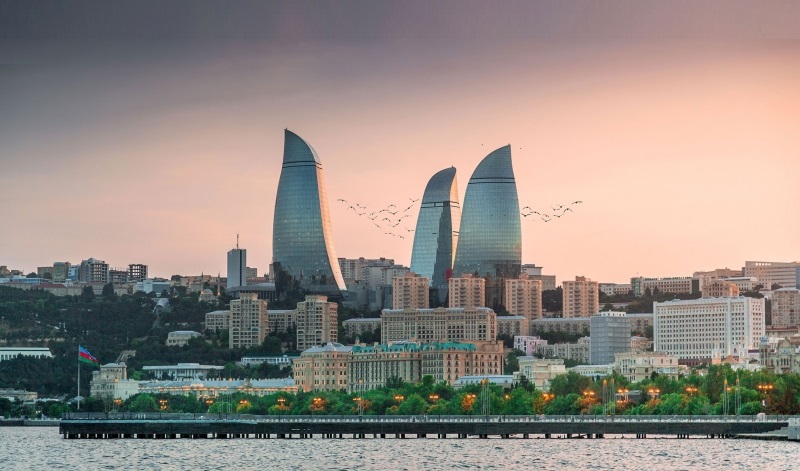 What defines each nation and distinguishes it from other nations is its national traditions, and system of moral values.

The people of Azerbaijan, with a history of statehood of about 5 thousand years, also had ancient customs and traditions, which survived until today thanks to the people's attachment to their roots.

It is a nation that creates, preserves and enriches progressive customs and traditions in all times and passes them on to future generations. Holiday traditions, weddings, funerals, religious customs, etc. are considered to be a mirror of the nation's national-spiritual image.

From this point of view, Novruz holiday takes a special place in the system of national moral values, which includes the rich traditions of the Azerbaijani people.

Novruz table shows the richness of customs and traditions. So, on Wednesdays or on the evening of Novruz, there should be national dishes on the table, and the most important thing is pilaf. Shakarbura, baklava, sugar bread and other sweets, raisins, pistachios, almonds, painted eggs decorate tables. As on Wednesdays, bonfires are made on Novruz evening, and candles are lit in the names of each family member.

Wedding celebrations in Azerbaijan are also based on ancient and rich folk traditions. The traditions of going on a mission, wearing a badge, and wedding have deep roots. The people of Azerbaijan have interesting traditions related to their religious and national ancestry regarding funerals and funerals.

The construction and repair of hundreds of mosques in Azerbaijan in recent years is an example of devotion to religious roots and traditions. At the same time, it is appropriate to highlight mosques such as Bibiheybat, Tzapir, Ajdarbey, and Shamakhi. The construction of the magnificent Heydar Mosque, the largest mosque in the Caucasus, is an indicator of Azerbaijan's commitment to religious traditions.

The development and survival of both traditions and culture depends on the determination of the people as well as on the support and policies of the state. The state of Azerbaijan is doing large-scale works and taking continuous steps in the direction of further development and transmission of traditions, science and culture to future generations. This statement is once again confirmed in the decrees signed by the President of Azerbaijan, Ilham Aliyev.

The Heydar Aliyev Foundation, which promotes the national values and historical heritage of Azerbaijan in the world, also has invaluable services, and the books published on the initiative of this foundation contain information about Azerbaijani cuisine, culture, nature, etc.

On the initiative of the President of the Foundation, Mehriban Aliyeva, the holding of days of Azerbaijani culture in the French city of Mejeve, Athens, Hanover and other places, the opening of Reza Deghati's photo exhibition dedicated to Azerbaijan in Paris and other events are considered very important in the promotion of Azerbaijan's national values and historical heritage.

Today, the state of Azerbaijan carries out all its duties at the highest level for the protection, promotion and development of the history of statehood, national culture, multiculturalism and tolerance.

The article focuses on promotion of Azerbaijan's history of statehood, national traditions, science and culture