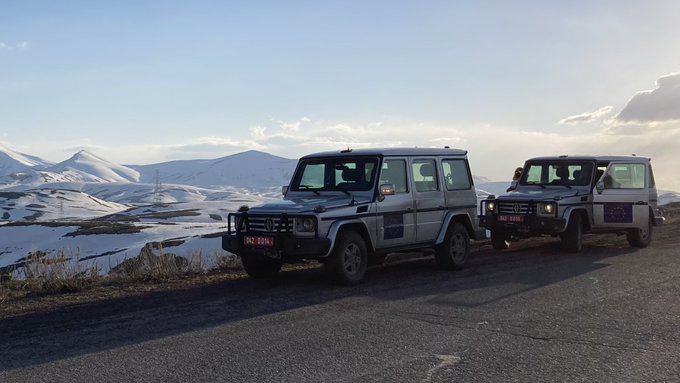 "The aim of the EU deployment will be to monitor the situation and support Azerbaijan-Armenia stabilisation on the ground," he said.

The issues of placement of this mission was reflected in the statement adopted on October 7 following the quadripartite meeting of President of Azerbaijan Ilham Aliyev with President of France Emmanuel Macron, President of the European Council Charles Michel and Prime Minister of Armenia Nikol Pashinyan in Prague.

The EU and France wanted to create a border monitoring mission that would also operate on the territory of Azerbaijan and use it to enter the region. Azerbaijan objected to this, and after a firm position, it was decided that the mission would operate only on the territory of Armenia. Azerbaijan will cooperate with the mission in accordance with its interests. The border mission will help build confidence and contribute to the border delimitation process.