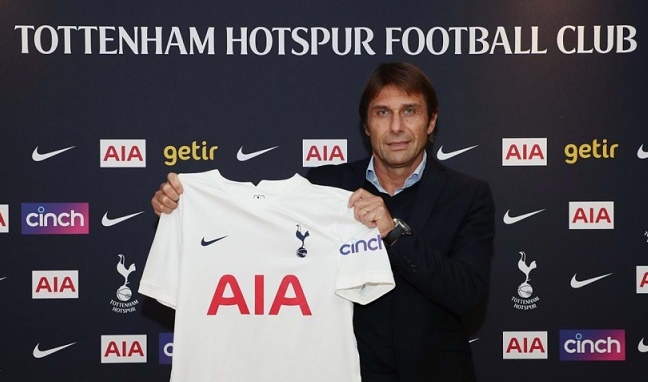 Conte, who has signed a deal until 2023 with the option to extend, returns to the Premier League having won the division with Chelsea in 2017 and the FA Cup a year later. He also won Serie A during his spells at Juventus and Inter. Conte left Inter in May following their title success amid reports the club needed to cut costs because of the coronavirus pandemic.

The Italian was also approached to take over at Tottenham ahead of the 2021-22 campaign before Nuno was appointed. Other names in the frame following Jose Mourinho's exit included Paulo Fonseca, Mauricio Pochettino, Graham Potter, Gennaro Gattuso, Erik ten Hag, Brendan Rodgers and Julian Nagelsmann as Tottenham conducted a chaotic process to appoint a new manager.