Trump's health nominee says has no plans to privatize Medicare 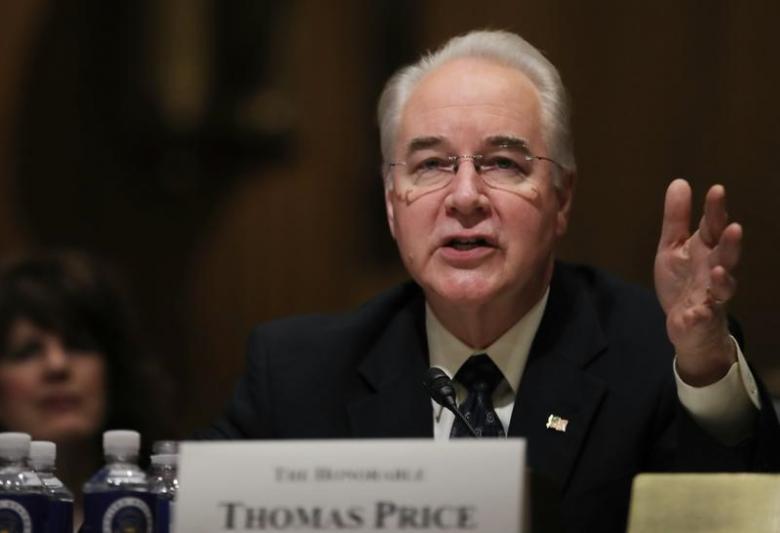 "Any reform or improvement" would include the opportunity to gain access to quality healthcare.

President Donald Trump's nominee to run the U.S. Department of Health and Human Services told a U.S. congressional panel on Tuesday that he does not support the privatization of Medicare.

Speaking before the Senate Committee on Finance, one of two committees that oversee the health department, Representative Tom Price, a Georgia orthopedic surgeon, also said his position reflects that of Trump, who has stated he does not want to cut Medicare.

Price declined to say whether he supports the repeal of Medicaid expansion under the Affordable Care Act but said "any reform or improvement" would include the opportunity to gain access to quality healthcare.

Medicare is the federal health program for the elderly while Medicaid covers the poor.