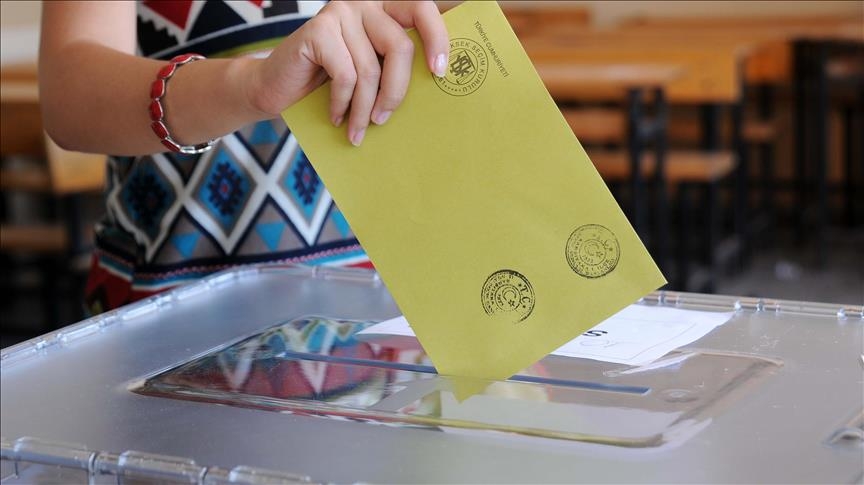 Deputy prime minister said a referendum on proposed sweeping changes to Turkey’s constitution likely to be in the beginning of April, APA reports quoting Anadol

Speaking to local television A HABER, Numan Kurtulmus shed light on the country’s expected referendum on constitutional amendments and said: “Following approval of the parliament, the right thing is to hold a referendum in the shortest time.”

Lawmakers on Sunday adopted the last article of a constitutional reform package that allows a partisan president, unlike current Turkish Constitution.

On Sunday, Turkish lawmakers adopted the final article of the new constitutional reform package which regulates parliamentary and presidential elections.

The second round of voting on the historic constitutional reform package is planned to take place on Jan. 18. The ruling Justice and Development (AK) Party aims to approve six articles per day in the second round of the voting and finish it by Jan. 21.

Lawmakers have so far passed regulations that define and lay out parliament’s responsibilities -- one of the most discussed items -- and the regulation of criminal liabilities for the president and top officials, as well as structural reforms to the nation’s highest judicial body.

Constitutional reform and the change to a presidential system has been on the political agenda since Recep Tayyip Erdogan, a former prime minister and Justice and Development (AK) Party leader, was elected president in August 2014. This marked the first time a Turkish president had been directly chosen by popular vote.

On Dec. 30, a constitutional committee of deputies from the ruling AK Party and the opposition Nationalist Movement Party (MHP) submitted a proposed bill to parliament for ratification. Turkey's largest opposition party, the Republican People’s Party (CHP), and the Peoples' Democratic Party (HDP) remain opposed to the proposed changes.

If it passes parliament by 330 of 550 deputies, it will be voted on in a national referendum. If it obtains the support of 367 lawmakers, it can pass into law without referendum although Erdogan has said he would push for a referendum even if the draft is approved by the two-third majority.

Proposed changes to the constitution require a simple majority (51 percent). The AK Party has 316 seats and Erdogan hopes the support of the MHP, which has 39 seats, will secure a referendum.