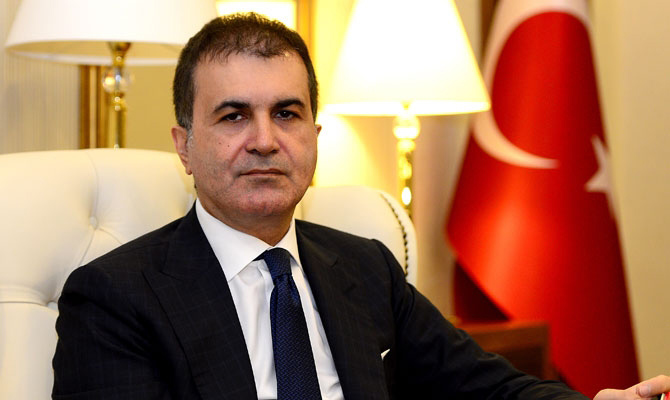 "Turkey has no obligation at this stage to continue the agreement since the EU has failed to comply with it," Celik told a news conference in capital Ankara.

"Nonetheless, we have acted [all this time] out of humane responsibility," he said, adding Turkey had prevented a lot of deaths in the Aegean Sea after the deal.

"But Turkey should reconsider this issue [the refugee deal] especially in terms of land crossings," Celik said.

Turkey and the EU signed a refugee deal in March 2016, which aimed to discourage irregular migration through the Aegean Sea by taking stricter measures against human traffickers and improving the conditions of nearly 3 million Syrian refugees in Turkey.

The deal included a 6 billion euro ($6.8 billion) aid package to help Turkey care for millions of refugees hosted in the country. However, Turkey has so far received only 677 million euros ($716 million).

The agreement also allowed for the acceleration of Turkey’s EU membership bid and visa-free travel for Turkish nationals within the Schengen area that comprises most EU states.

In a joint statement from November 2015, the EU and Turkey confirmed their commitments to re-energize the accession process.

A year later, however, the European Parliament approved a non-binding motion to freeze EU-membership talks with Turkey, in response to post-coup investigations and recent developments in the country including measures taken within the framework of the fight against the PKK and the Fetullah Terrorist Organization (FETO) terrorist groups.

"Mogherini made a statement which has no effect and is entirely incorrect," Celik said, adding it was an "apolitical" statement which only aims to "brush over" the issue.

Earlier Monday, Mogherini and Commissioner for Enlargement Negotiations Johannes Hahn said it “is essential to avoid further escalation and find ways to calm down the situation”.

In a statement, they said: “Decisions with regard to the holding of meetings and rallies in Member States are a matter for the Member State concerned, in accordance with the applicable provisions of international and national law.

“The European Union calls on Turkey to refrain from excessive statements and actions that risk further exacerbating the situation. Matters of concern can only be resolved through open and direct communication channels.”

Over the weekend, Foreign Minister Mevlut Cavusoglu was refused permission to land in the Netherlands and Family and Social Affairs Minister Fatma Betul Sayan Kaya was deported from the country.

When Turkish citizens in Rotterdam peacefully protested these developments, they were met by police using batons, dogs and water cannons, in what some analysts called a disproportionate use of force.

The events have drawn strong criticism from the Turkish government, which, earlier on Monday, sent diplomatic notes to the Netherlands in protest.