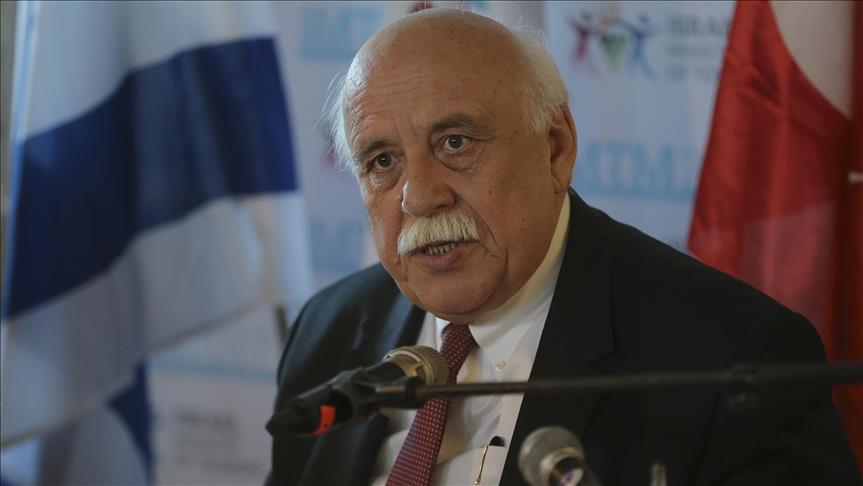 Turkish culture and tourism minister has met with his Israeli counterpart in Tel Aviv.

Avci was among tourism ministers from 10 countries attending the International Mediterranean Tourism Market conference, which his Israeli counterpart Yariv Levin described as the largest hosted by Israel.

"We discussed strengthening relations between the two countries," Avci said at a joint press conference.

He said the Turkish government welcomes Israeli tourists in Turkey. "There were 260,000 Israelis who visited Turkey last year and I think it is possible to raise the number to 600,000 as it was before," he said, adding that there had been 30,000 Turkish visitors to Israel.

Avci said Turkey was doing all it can for achieving a peaceful solution for the Palestine-Israel conflict.

"We are exerting efforts and we are doing everything we can and we hope that our relations with Israel will contribute in making peace," he said.

Levin, for his part, said Israel's tourism sector has been growing and that it saw the success of Turkish tourism as a model.

"Israel now is seeing a new era regarding tourism with growth of the number of tourists who are coming to Israel," Levin said.

"We are following in many aspects the measures that were taken in Turkey many years ago to build their tourism industry," he added.

Turkey and Israel renewed ties last June following a six-year split over the attack on the Mavi Marmara humanitarian aid ship in May 2010, when Israeli commandos killed 10 Turkish activists on the Gaza-bound vessel in international waters.

During his two-day tour, Avci will also travel to Palestine, where he is expected to visit Al-Aqsa Mosque and the gravesite of Palestinian statesman Yasser Arafat and also meet Palestinian Cultural Minister Ehab Bessaiso.

Last week, senior Turkish and Israeli diplomats met in Ankara for the first high-level meeting between the countries since the Mavi Marmara crisis, to discuss cooperation in energy, economy, culture and tourism as well as regional concerns.