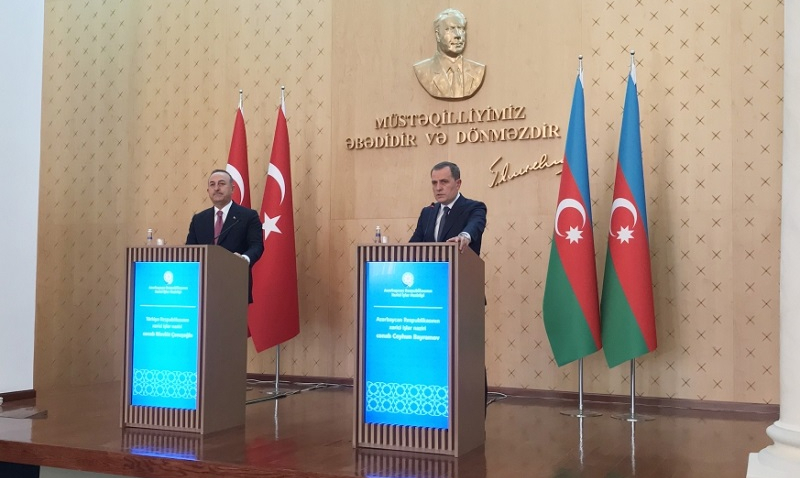 Turkiye and Azerbaijan are closely cooperating to ensure the evacuation of their citizens from Ukraine, Turkish Foreign Minister Mevlut Cavusoglu said on Saturday.

Cavusoglu made the remarks at a joint briefing with his Azerbaijani counterpart Jeyhun Bayramov in Baku, a correspondent of News.Az reports.

Turkiye’s top diplomat noted that there is also coordination between the two fraternal countries on the issue of evacuation.