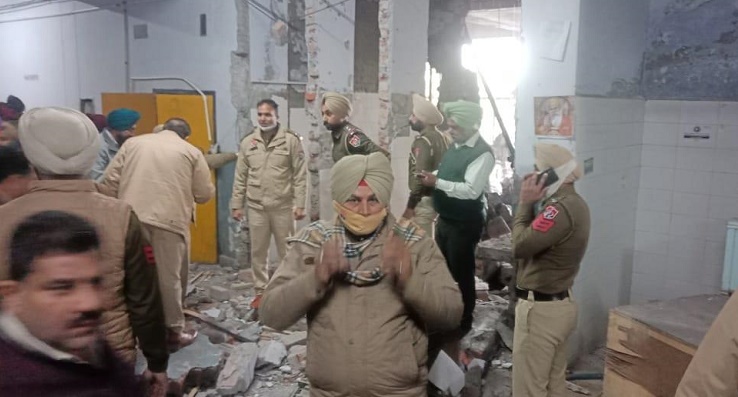 At least two persons were killed and four others injured in a blast in India's northern state of Punjab on Thursday, said a state government official, according to Xinhua reports.

The blast took place inside a court complex in the state's Ludhiana district.

The explosive material was reportedly kept inside a bathroom. Following the blast, the walls of the bathroom were damaged and window glasses shattered.

According to media reports, there was a lawyers' strike at the court, and hence only a few people were present on the premises when the blast took place.

Soon after the blast, a high alert was sounded across Punjab, and police were directed to tighten security at public places.