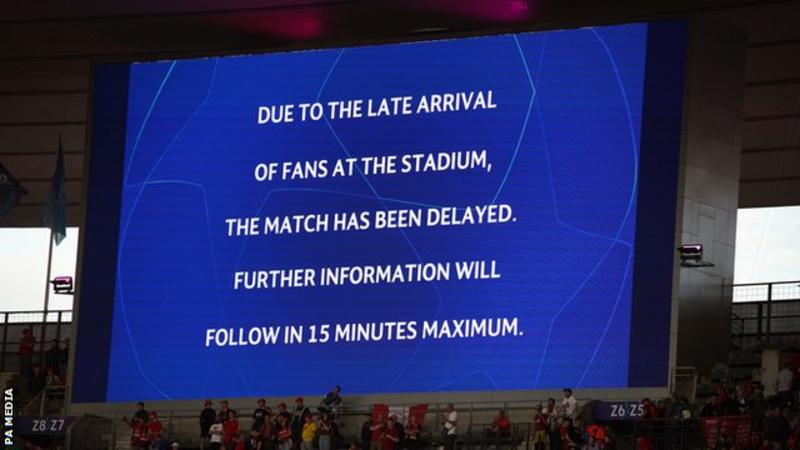 Uefa has apologised to Liverpool and Real Madrid fans caught up in events around the Champions League final and said it must not happen again, News.az reports.

Real Madrid have asked for answers on the "series of unfortunate events".

"No football fan should be put in that situation, and it must not happen again," said a Uefa statement.

"Uefa wishes to sincerely apologise to all spectators who had to experience or witness frightening and distressing events in the build-up to the Uefa Champions League final at the Stade de France on 28 May 2022 in Paris, on a night which should have been a celebration of European club football."

French president Emmanuel Macron said ticket holders who were blocked from entering the stadium by security staff must be reimbursed "as fast as possible".

Macron said: "I have a thought for the families who have been pushed around, who have not been able to access the seats they had paid for.

"I have asked the government to clarify what happened, to determine the responsibilities and to explain them in detail to our compatriots, the British and the Spanish."