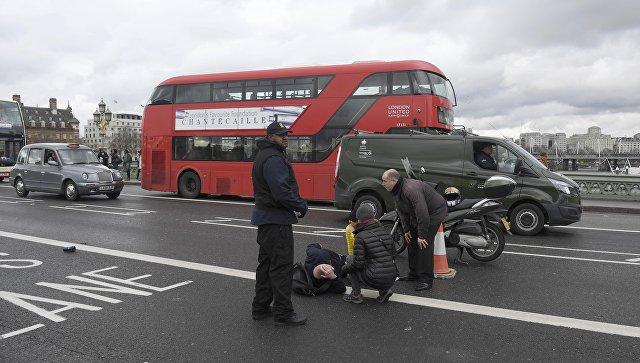 The attacker who killed three people near parliament in London before being shot dead was named on Thursday as British-born Khalid Masood, who was once investigated by MI5 intelligence officers over concerns about violent extremism, Reuters reported.

Islamic State claimed responsibility for the attack in a statement issued by its Amaq news agency, but did not name Masood and gave no details. It was not clear whether the attacker was directly connected to the jihadist group.

Police said Masood, 52, was born in the county of Kent in southeast England and was most recently living in the West Midlands region of central England.

"Masood was not the subject of any current investigations and there was no prior intelligence about his intent to mount a terrorist attack," the Metropolitan Police said in a statement.

"However, he was known to police and has a range of previous convictions for assaults, including GBH (grievous bodily harm), possession of offensive weapons and public order offences."

Prime Minister Theresa May earlier told parliament the attacker had once been investigated by the MI5 intelligence agency over concerns about violent extremism, but was a peripheral figure.

During five minutes of mayhem in the heart of London on Wednesday, Masood sped across Westminster Bridge in a car, ploughing into pedestrians. He then ran through the gates of the nearby parliament building and fatally stabbed an unarmed policeman before being shot dead.

Police arrested eight people at six locations in London and Birmingham in the investigation into the attack, which May said was inspired by a warped Islamist ideology.

The Enterprise rental car company said the vehicle used in the attack had been rented from its Spring Hill branch in Birmingham, which is located in the West Midlands.

"An employee identified the vehicle after seeing the license plate in an image online. We ran another check to verify, and immediately contacted the authorities," said company spokesman John Davies.