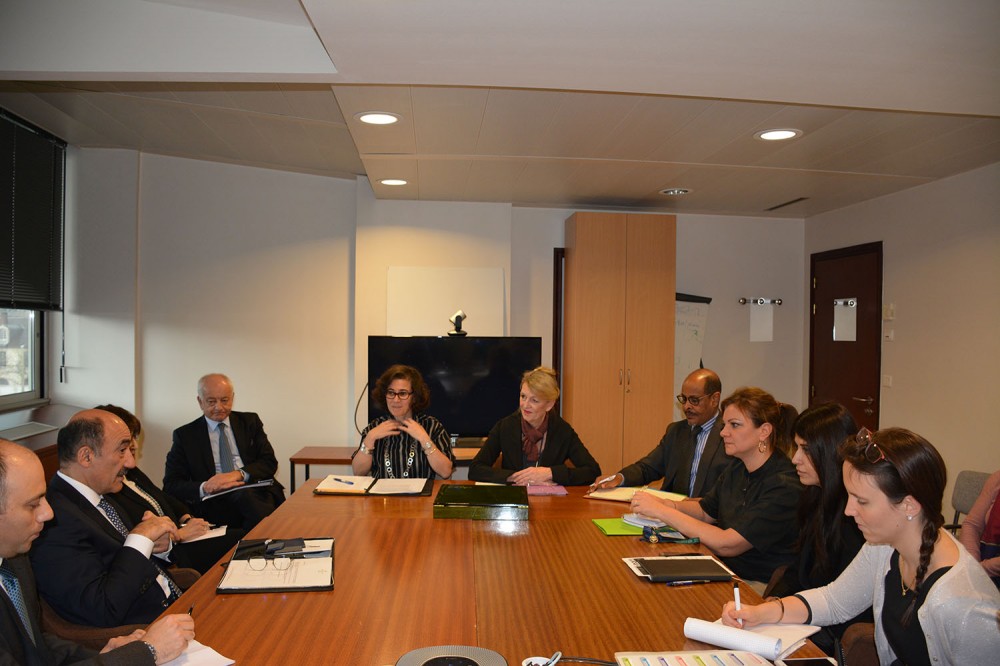 Representatives of UNESCO and Azerbaijan have held a working meeting highlighting the 10th anniversary of Baku process at the UNESCO headquarters in Paris, AzerTag reports.

Organized as part of the Azerbaijani Minister of Culture and Tourism Abulfas Garayev’s visit to France, the meeting was attended by Deputy Director General of UNESCO Nada Al-Nashif and heads of departments on peace, dialogue, racism, Minister Abulfas Garayev, Deputy Minister Sevda Mammadaliyeva, head of Azerbaijan’s Permanent Mission to UNESCO Anar Karimov, head of international cooperation department of the ministry Vasif Eyvazzade. They discussed joint international activities in the field of intercultural dialogue.

The participants exchanged views over the various topics of international cooperation, including joint activities towards executing Azerbaijani President Ilham Aliyev’s order on the 10th anniversary of Baku Process, results of the 4th World Forum on Intercultural Dialogue held in Baku this May, cooperation between the UNESCO and other international organizations in this area. They also discussed the issues relating to celebration of the 10th anniversary of the Baku Process in the UN General Assembly in 2018.

Hailing the country’s role in promotion of intercultural dialogue, the deputy director general of UNESCO emphasized that today Azerbaijan has already become an example at the global level in this area. He also noted that Baku Process and World Forums on Intercultural Dialogue have been described as a global platform in the reports of the UN Secretary-General Antonio Guterres and UNESCO Director General.

Minister Garayev said that Baku Process, which is the initiative of Azerbaijani President Ilham Aliyev, has already become an international movement and this was possible both thanks to Azerbaijan persistent and sustainable policy and joint cooperation with international partners such as UNESCO, UN Alliance of Civilizations, UN World Tourism, World Food and Agriculture organizations, as well as the Council of Europe and ISESCO.