U.S. hopes upcoming meeting of Azerbaijani, Armenian leaders will be ‘a step forward’ 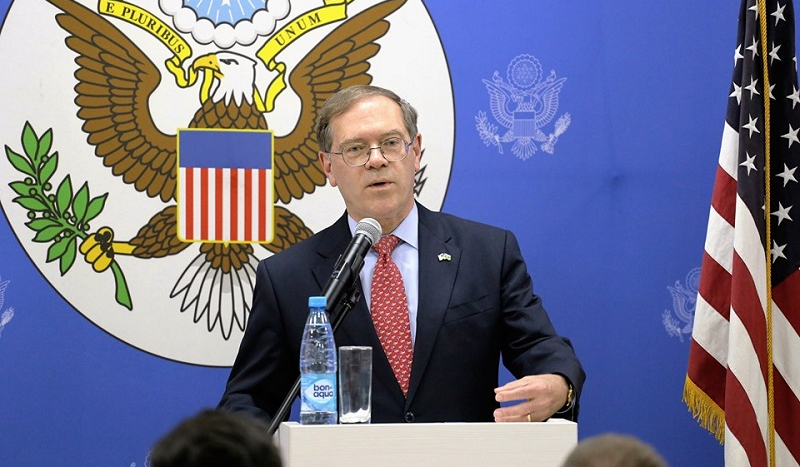 The United States hopes the upcoming meeting between the Azerbaijani and Armenian leaders will be a step forward, U.S. Ambassador to Baku Earle D. Litzenberger told journalists on Monday, News.Az reports.

The diplomat was commenting on the expected meeting of the leaders of Azerbaijan and Armenia in Brussels on the sidelines of the Eastern Partnership Summit on December 15.

Litzenberger said the U.S. is in contact with both Azerbaijan and Armenia in order to normalize relations between the two countries.

“I was pleased to see the announcement of this meeting. The U.S. was working hard to have leaders meet directly. I’m hopeful it will be a step forward in establishing the normalized relationship between countries,” the ambassador noted.

“We have long supported the direct communications between the countries. We welcome this will and look forward to seeing the sides take advantage of this,” Litzenberger added.