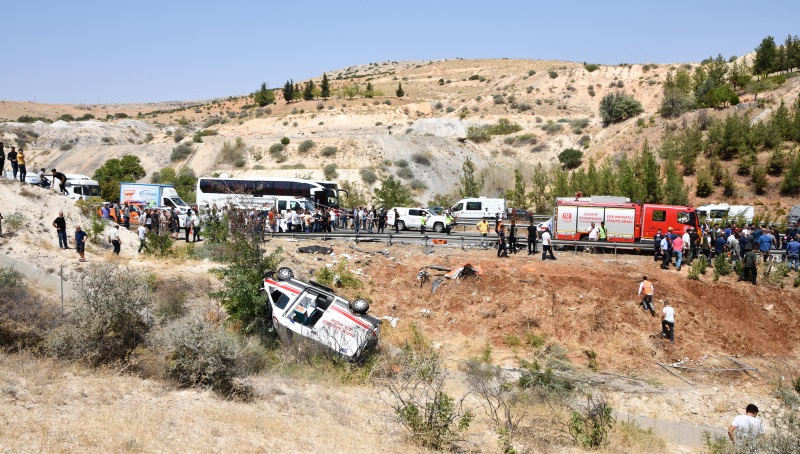 While a fire brigade and paramedic team was responding to the traffic accident that occurred on the Tarsus-Adana-Gaziantep Highway, a passenger bus that overturned and dragged for dozens of meters, hit the fire brigade and a broadcast vehicle of a Turkish News Agency, IHA.

All injured have been transferred to hospitals.