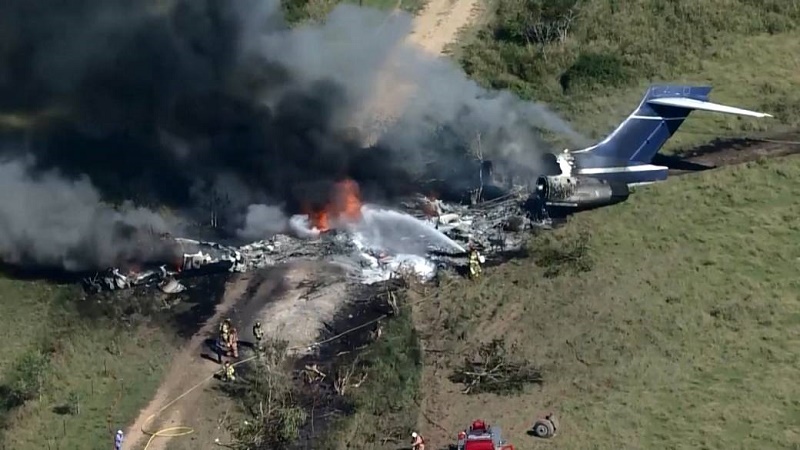 No one was seriously hurt when an airplane bound for Boston ran off a runway and burned Tuesday morning near Houston, authorities said, Global News reports.

The McDonnell Douglas MD-87 was carrying 21 people when it rolled through a fence and caught fire while trying to take off from the Houston Executive Airport in Brookshire, the Federal Aviation Administration said.

Everyone made it off the plane safely and the only reported injury was a passenger with back pain, Waller County Judge Trey Duhon said on Facebook.

Firefighters were working at midday Tuesday to extinguish the blaze. The FAA and National Transportation Safety Board will investigate.

The Texas Department of Public Safety said the plane was headed to Boston. The aircraft is registered to a Houston-area investment firm.