7 killed after aircraft crashes in Russia 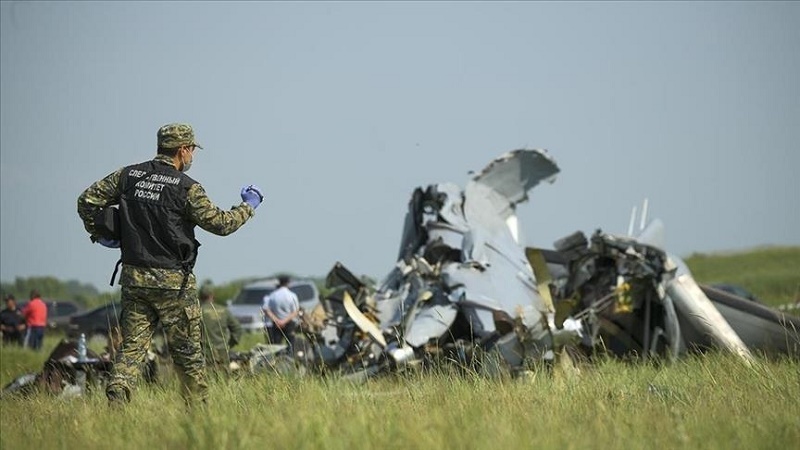 An An-12 cargo plane crashed in Russia's Irkutsk region on Wednesday, killing all seven crew members on board.

The aircraft en route from Yakutsk to Irkutsk disappeared from radars before it was confirmed crashing near the Irkutsk airport, TASS news agency reported.

Two Russians, two Ukrainians and three Belarusians were on board the plane that belongs to the Belarusian Grodno airlines.

The crash of the An-12, which has been in operation since 1968, caused a fire on the ground and the fire has been put out.

Bad weather conditions, human error and a technical malfunction, including an engine failure due to a collision with birds, are being considered as the possible reasons for the tragedy.