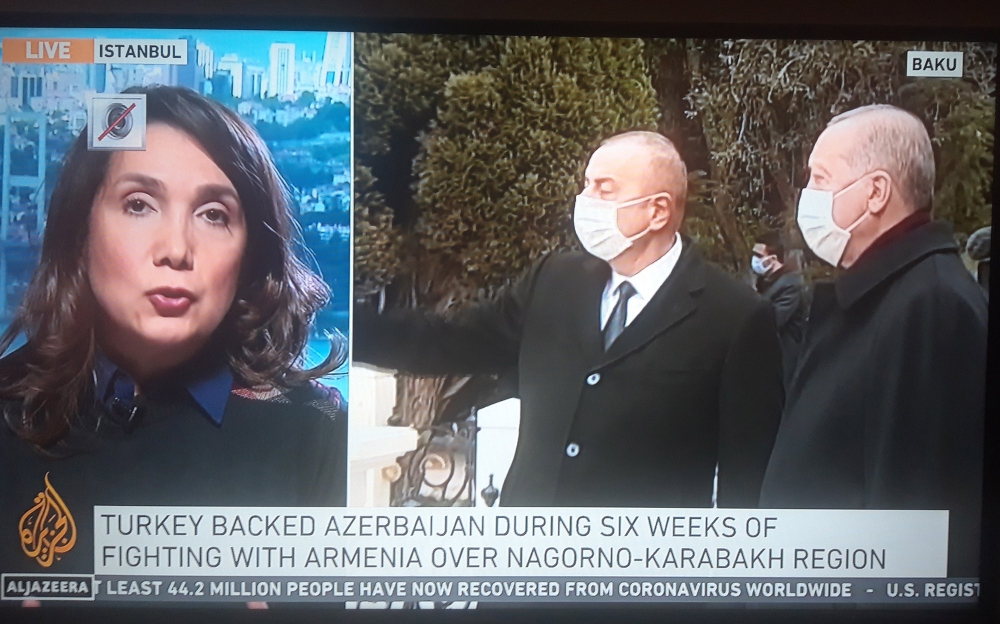 Several leading Arabic TV channels have widely covered the Victory parade dedicated to Victory in the Azerbaijan’s Patriotic War which was held at Azadlig Square in Baku.

The Arabic TV channels such as Qatar's Aljazeera, Jordan's Al Mamlaka, Egypt's Nile and Extra News, as well as Al-Arabiya and Sky News Arabia have broadcast reportages highlighting the Victory parade held with the participation of President of Azerbaijan Ilham Aliyev and President of Turkey Recep Tayyip Erdogan.

The reportages featured quotes from the leaders of two brotherly countries who in their speeches during the opening ceremony of the Victory parade said that the war has ended with a great Victory, with Azerbaijan restoring historical justice and liberating its lands from the occupation. The two leaders described Turkish-Azerbaijani brotherhood and friendship as eternal.

The reportages also highlighted the visit of President Ilham Aliyev and President Recep Tayyip Erdogan to the Alley of Martyrs, and the Alley of Honors to pay tribute to national leader Heydar Aliyev.