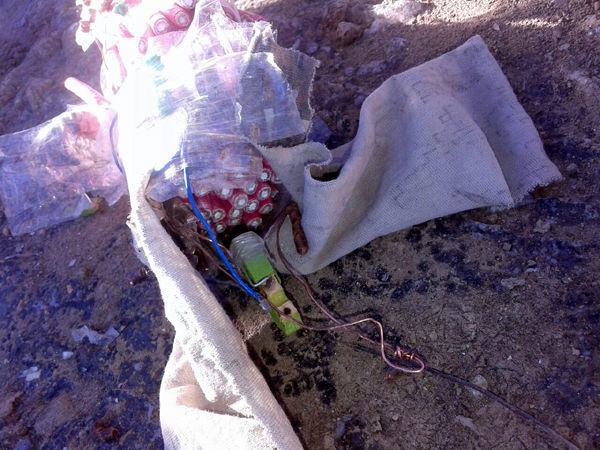 Azerbaijan's defense ministry accused Armenia of resorting to another provocation in order to aggravate the situation along the Azerbaijani-Armenian border.

“The use by the enemy of such explosives of unknown origin is aimed at causing damage to the personnel of Azerbaijani military units on frontline, as well as the civilian population residing in the border areas,” the defense ministry noted.

“During the initial inspection of the explosive were found to contain an electric detonator, a detonation cord, batteries to detonate the device and numerous metal elements.

Azerbaijan’s defense ministry stated that the purposeful use of these internationally banned explosives by Armenia at the border with Azerbaijan is aimed at escalating the situation, instigate Azerbaijan to take retaliatory action, and by this means draw the attention to the conflict of the military-political bloc it is aligned with.

The defense ministry warned that the criminal military and political leadership of Armenia is fully responsible for any further incident and its consequences.