Attacking a Diplomat is an Attack on Humanity – News.Az ANALYSIS 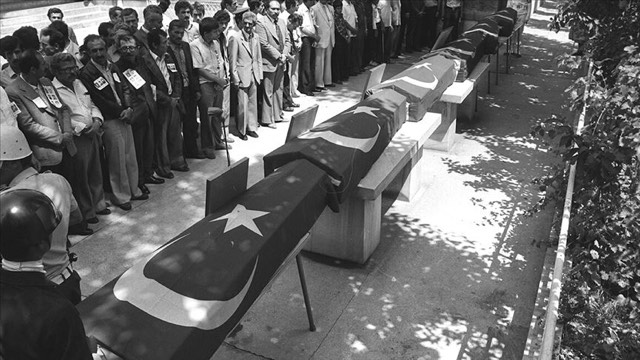 “Attacking a diplomat is also an attack on diplomacy itself,” said U.S. Secretary of State Antony Blinken.

A decision of the Los Angeles County Superior Court to release Hampig Sassounian, who was jailed for life for killing a Turkish diplomat in 1982, caused dissatisfaction not only in Turkey and Azerbaijan, but also in the U.S. itself.

Deeply disappointed by Sassounian’s release, Blinken again offered his condolences to the family of the assassinated diplomat Arikan and did not welcome the court’s decision.

In general, dozens of Turkish diplomats have been victims of the attacks by ASALA and other Armenian terrorist organizations since the 1970s.

Turkish Consul General in Los Angeles Kamal Arikan was shot dead on 28 January 1982 by Armenian terrorists Hampig Sassounian and Krikor Saliba (Lebanese Armenians) when he had stopped at a traffic light in Los Angeles. Sassounian, who was arrested and sentenced to life in prison in 1984, has recently been released. Fugitive terrorist Saliba was claimed to be killed in a civil war in Lebanon.

Turkish Ambassador to Austria Danis Tunaligil was the first Turkish diplomat assassinated by ASALA. He was killed in an attack on the Turkish embassy by ASALA terrorists on October 22, 1975. Since the 1970s, about 40 Turkish diplomats and their families, as well as 58 Turkish nationals abroad, have been victims of Armenian terrorism. Armenians committed more than 100 terrorist attacks against Turkish diplomats in 21 countries.

If attacking a diplomat is also an attack on diplomacy itself, the oppression and murder of a person is a crime against humanity. A genocide committed against a nation is genocide against the whole world.

Given the aforesaid, Blinken and other U.S. officials, as well as the international community, should strongly condemn the acts of genocide committed in Azerbaijan’s Karabakh region, including the town of Khojaly, by Armenians, who raise their hands against diplomats.

If a terrorist attack on a diplomat goes unpunished and new attacks are feared to be committed, the act of genocide, whose perpetrators have not yet been held accountable, can set a precedent for others, and similar crimes can be committed again.

The author is the editor-in-chief of News.Az