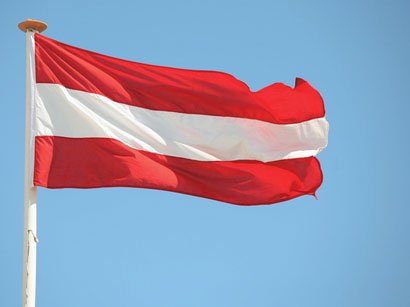 The Austrian OSCE Chairmanship supports the efforts undertaken by the co-chairs of the OSCE Minsk Group in line with their statement issued on Jan. 9, 2016, Austria’s Federal Ministry for Europe, Integration and Foreign Affairs told Trend Jan. 17.

“The Austrian OSCE Chairmanship thinks that humanitarian questions should be dealt as such,” the ministry added.

A reconnaissance group of the Armenian Armed Forces tried to violate the Azerbaijan-Armenia state border on Dec. 29, 2016. The Armenian group found itself in the ambush of the Azerbaijani army while violating the borders and suffered heavy losses. Chingiz Gurbanov, a serviceman of Azerbaijani Armed Forces, went missing during the fight.

It was later found out that Armenia kept the soldier’s body.

The Azerbaijani side has officially appealed to the office of the International Committee of the Red Cross in Azerbaijan, the OSCE Minsk Group, as well as to Andrzej Kasprzyk, personal representative of the OSCE chairperson-in-office. Despite this, the Azerbaijani soldier’s body has not been given yet.

“Armenian Armed Forces are still holding the body of an Azerbaijan serviceman killed in the fighting,” the co-chairs of the OSCE Minsk Group – Igor Popov of Russia, Stephane Visconti of France and Richard Hoagland of the US – said in a statement Jan. 9.

“Violations of the ceasefire are unacceptable and are contrary to the acknowledged commitments of the parties, who bear full responsibility, not to use force,” the statement said. “The co-chairs also urge the return, without delay, of human remains, in accord with the agreements of the Astrakhan Summit of 2010, bearing in mind the exclusively humanitarian nature of this issue.”

In the comments to Trend, the Austrian ministry also said, “Generally speaking, the OSCE Chairmanship actively supports the work of the co-chairs of the Minsk Group through the personal representative of the OSCE chairperson-in-office, Ambassador Andrzej Kasprzyk, as well as the special representative of the OSCE chairperson-in-office for the South Caucasus, Ambassador Gunther Bachler.”

“Following its long-standing tradition as a neutral country, Austria stands ready to facilitate or host a meeting of the sides,” the ministry added.