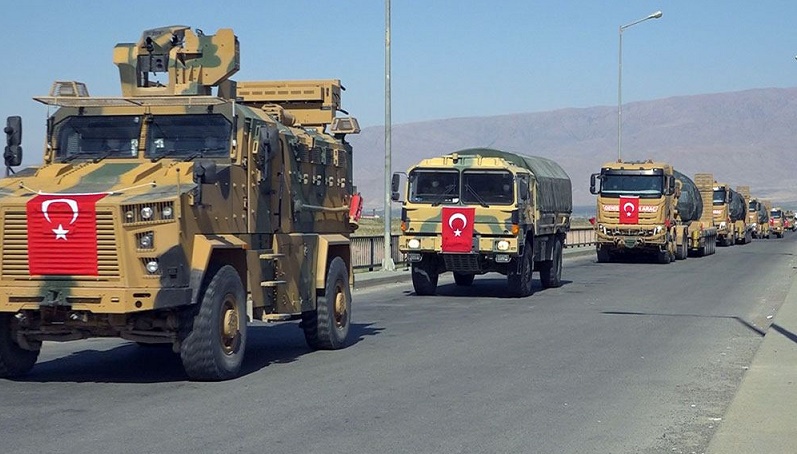 A farewell ceremony was held for the Turkish servicemen, who took part in the joint Azerbaijani-Turkish "Indestructible Brotherhood-2021" operational-tactical exercises in Nakhchivan, the Azerbaijani Defense Ministry told News.Az.

The ceremony speakers stressed that during the exercises conducted in accordance with the "Plan for coordination of troops of Nakhchivan garrison for 2021 academic year" and the agreement on military cooperation between Azerbaijan and Turkey in Nakhchivan, the servicemen of the two fraternal countries demonstrated high professionalism, patriotism and indestructible brotherhood.

The representatives of the Turkish Armed Forces who took part in the exercises were presented with gifts.

The personnel and military equipment of the Turkish Armed Forces departed from the military unit of the Separate Combined Arms Army of Nakhchivan and, crossing the Umid bridge over the Araz River, continued to move towards the places of permanent deployment.