Azerbaijan-India trade ups by over 60 percent in 2016 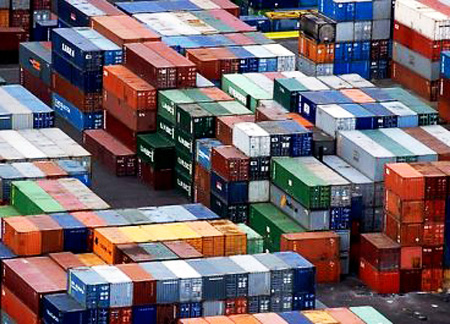 The trade and economic exchanges between India and Azerbaijan went from strength to strength in 2016, Indian Embassy in Baku said in a message Jan. 26.

Ambassador of India Sanjay Rana informed that the two sides successfully held several meetings at governmental level in 2016 devoted to trade and economic relations, including the 4th Session of consultations between the Foreign Ministries in July 2016, and the 4th Session of Inter-governmental Commission in Baku in October 2016, Trend reports. Following the discussions of the India- Azerbaijan Inter-governmental Commission, the two sides signed a Protocol listing the areas of collaboration and cooperation in areas such as trade, investment, transportation, energy, industrial production, agriculture, tourism, healthcare, pharmaceuticals, education and Information technology.

Ambassador Rana informed that the bilateral trade between India and Azerbaijan has increased by 63 percent in 2016 as compared to 2015. He said that in year 2017, India hopes to achieve new milestones in its relationship with Azerbaijan. Building on India’s ONGC Videsh presence as a shareholder in Azeri–Chirag–Gunashli oilfield and Baku-Tbilisi-Ceyhan (BTC), Indian companies are keen for partnership in undertaking projects in petrochemical sector such as building and renovating oil refineries. Indian companies are also eager to make use of opportunities in non-oil sectors, like agriculture and pharmaceuticals and information technology, which are being given a lot of support by the Government of Azerbaijan.

The Embassy of Indian in Baku and the National Confederation of Entrepreneurs’ (Emloyers’) Organization of the Republic of Azerbaijan jointly organized a business Seminar on “Make in India” on 12 February 2016 in Hyatt Regency Baku. Around 70 entrepreneurs and companies from different sectors participated in the event.
Ambassador informed that during his recent meeting with PHARMEXCIL (Pharmaceuticals Export Promotion Council of India) in Mumbai in December 2016, many Indian pharmaceutical companies indicated their readiness to visit Azerbaijan and look at the opportunities for business, including joint ventures with Azerbaijani companies and possibilities of setting up manufacturing or packing units for pharmaceuticals.

In this regard, India and Azerbaijan have streamlined procedures for visas for each-others nationals which is expected to give a new impetus to tourism, business and people to people exchanges. The Embassy of India in Baku informed that India has added Azerbaijan to the list of countries whose nationals can apply for e-TOURIST VISA (e-TV) through online application. This visa would soon become available to Azerbaijani travelers who plan to visit India for recreation, sight-seeing, casual visit to meet friends or relatives, short duration medical treatment or casual business visit. The visa applicants can apply online and it would not require any facilitation by any intermediary/agents.

It was also informed that in December 2016, Azerbaijan has included India among the 81 countries whose citizens can take advantage of ASAN Visa through ASAN Visa Portal designed to simplify the procedure for issuing visas to foreigners. It was mentioned that the streamlining of the visa procedure is expected to would increase flow of tourists and businessmen between the two friendly countries. It was reported that the bilateral trade between India and Azerbaijan jumped up by more than 60% in 2016 with growth from both sides.