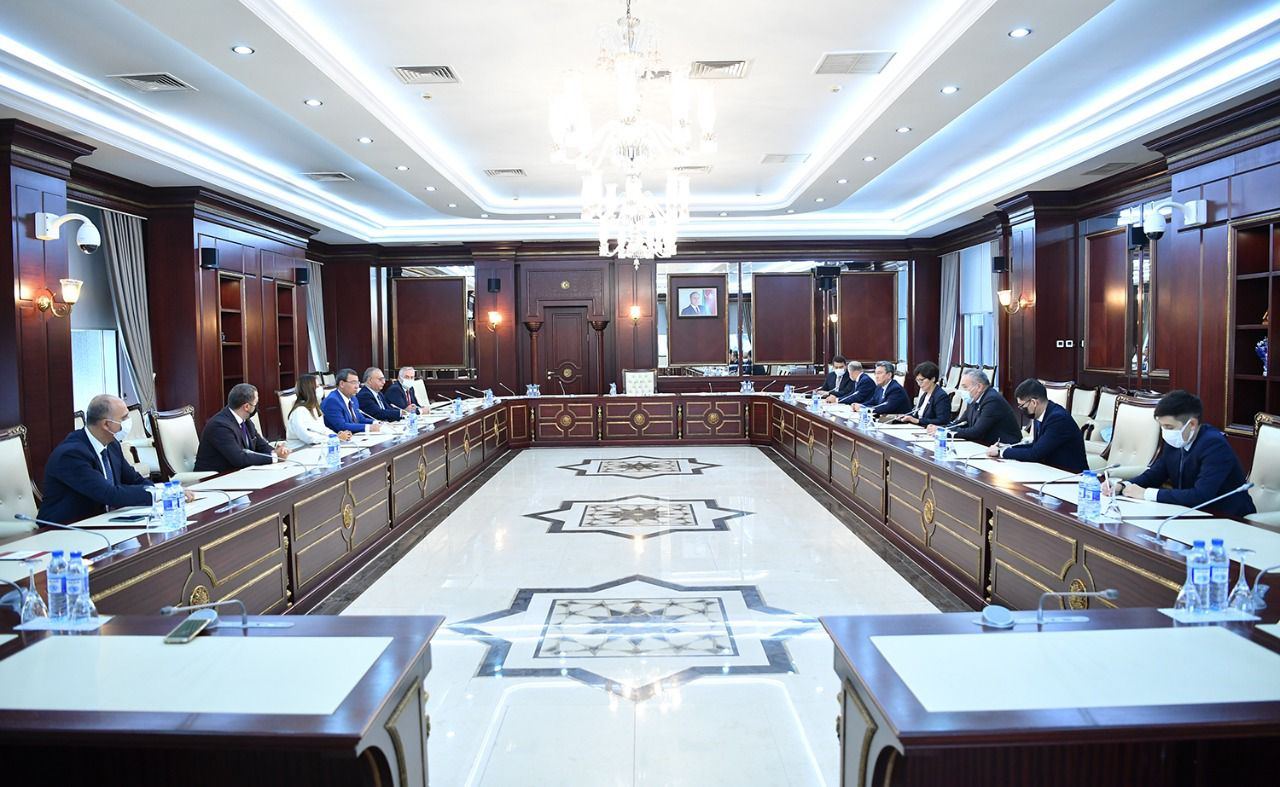 The role of parliaments in the development of cooperation between Azerbaijan and Kazakhstan was discussed in Baku, the Parliament of Azerbaijan told News.Az.

On September 10, Speaker of Azerbaijan’s Parliament Sahiba Gafarova, members of the Parliament’s Committee on International Relations and Inter-parliamentary Connections, including Chairman Samad Seyidov, met with the Kazakhstan Parliament delegation headed by Chairman of the Committee on Foreign Affairs, Defense and Security Aigul Kuspan.

In the course of the meeting, Samad Seyidov spoke about historical relations between the two countries, about the important role of parliaments in the development of relations between Azerbaijan and Kazakhstan.

In turn, Sahiba Gafarova, noted the importance of the meeting with the Speaker of Kazakhstan’s Parliament Nurlan Nigmatulin in Vienna (Austria).

Seyidov informed the guests about the construction work carried out in the city of Shusha and other districts of Azerbaijan, previously liberated from Armenian occupation.

He said that an international airport was built in Fuzuli, and the city of Aghdam was completely cleared of mines.

During the meeting, Aigul Kuspan congratulated the Azerbaijani people on the restoration of historical justice and a great victory in the 44-day Armenia-Azerbaijan Second Karabakh War, and stressed that Kazakhstan supports the territorial integrity of Azerbaijan.

Kuspan also announced the willingness of Kazakhstani companies to participate in the restoration of Karabakh.

Kuspan also noted the global importance of transport corridors to be built in the region.

Kazakhstani MPs Darkhan Minbay and Abilfas Khamedov expressed confidence that the new realities in the region will give impetus to the development of relations between the parliaments of Azerbaijan and Kazakhstan.

The MPs noted that the victory in the 44-day war, improvement and construction work carried out in the liberated territories are an indicator of the power of Azerbaijan.