Azerbaijan marks 119th birth anniversary of Khan Shushinski, one of the most famous Azerbaijani mugham singers 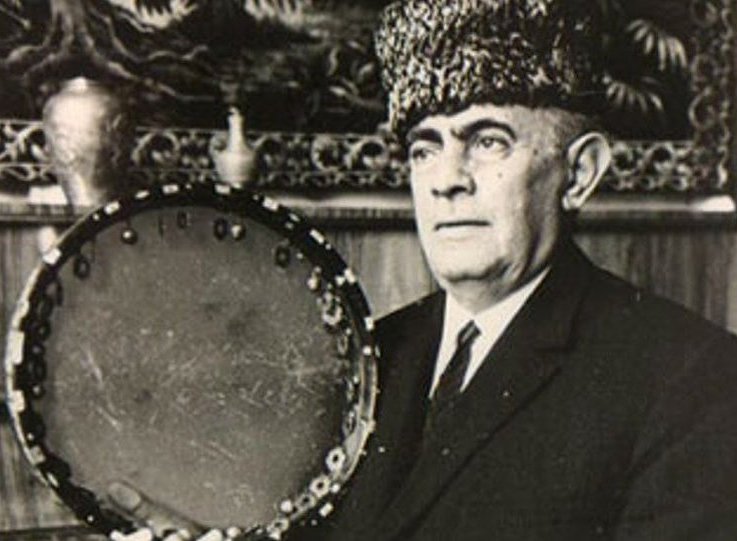 Azerbaijan marks 119th birth anniversary of Khan Shushinski who was one of the most famous Azerbaijani mugham singers.

Shushinski Khan (Isfandiyar Aslan oglu Javanshirov’s stage name) was born on August 20 in 1901 in Shusha - a historical and cultural centre of Karabakh that had a specific place in Azerbaijani musical culture. His father Aslan bey grandchild of Mahammad Javanshir who is from generation of Panahali khan, the founder and first ruler of Azerbaijan’s Karabakh khanate.

Famous intellectuals of the Shusha would often gather in Aslan aga’s home and build meetings of poetry and music. Isfendiyar had grown up in the environment of music.

At age of 12-13 years his masterly performance at one of Shusha majlis impressed all the guests, so his teacher Islam Abdullayev gave him a name of "Khan". In 1918, he and his mugham teacher Islam Abdullayev attended a wedding ceremony in the village of Novruzlu (presently in the Aghdam district of Azerbaijan), where the guests were listening to a gramophone record of the Iranian singer Abul Hasan Khan performing the Kurd Shahnaz variety of mugham. After the song, young Isfandiyar was emphatically asked to sing that song live. Despite the complicated nature of Kurd Shahnaz his performance impressed the guests to the point of them comparing Isfandiyar to Abul Hasan Khan and saying: "Now, here is the real Khan. Shushinski made his first appearance in Baku in 1923, at the Azerbaijan State Philharmonic Hall.

Khan Shushinski also highly represented Azerbaijani music abroad. In 1943, he was awarded with the title of people’s artist and later with different honor awards. The 70th birth anniversary of Khan Shushinski was held at the Azerbaijan State Philharmonic Hall in 1971.

Khan Shushinski died on March 18 in 1979 in Baku. He was one of the well-known khanendes (singers) and popular artists of Azerbaijan.