Azerbaijan marks one year since liberation of Khudafarin Bridge 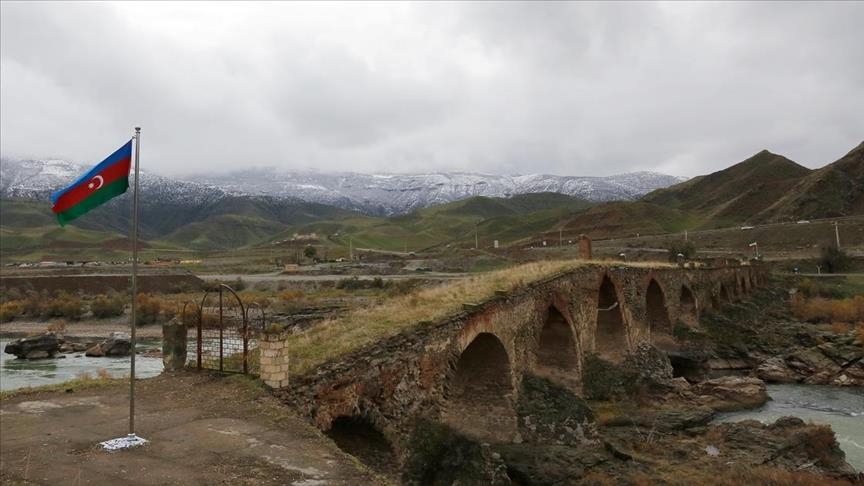 Today, Azerbaijan marks the first anniversary of the liberation of the ancient Khudafarin Bridge in Jabrayil district and the surrounding areas from the Armenian occupation.

On October 18, 2020, Azerbaijan cleared the bridge over the Araz River on the Iranian border of Armenian aggressors. Along with Khudafarin, two other settlements of the Jabrayil region - Hajili and Haji Isaqli village were liberated from the Armenian occupation.

The tricolor flag of Azerbaijan was hoisted in the liberated territories.

The 11-arched Khudafarin Bridge built in the style of the Azerbaijani school of architecture is the remains of an 11th-12th century bridge over the Araz River on the Iran-Azerbaijan border. The bridge is made of stone and covered with well-carved large stone slabs. Researchers believe that it was rebuilt on the remains of an ancient bridge in the 13th century, during the reign of the Elkhanids (Hulakus). The bridge is about 130 meters long, 6 meters wide, and 12 meters high above the river level. At present, three middle arches have endured, and the coastal arches were destroyed by the decision of the USSR in the 30s of the XX century. Khudafarin with fifteen arches dates back to the 13th century. 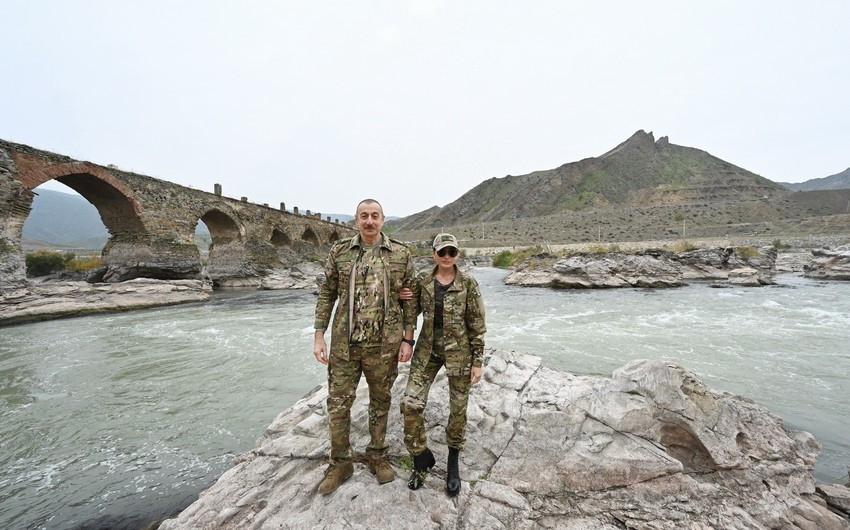 Six days after Azerbaijan's victory over the enemy in the Patriotic War, on November 16, 2020, President Ilham Aliyev and First Lady Mehriban Aliyeva visited the liberated Jabrayil district. The president raised the glorious Azerbaijani flag in Jabrayil and Khudafarin Bridge.

Upon the relevant presidential decrees, a group of servicemen was awarded the "For the liberation of Jabrayil" medal for demonstrating courage and bravery in the military operations for the district's liberation, including the Khudafarin Bridge. 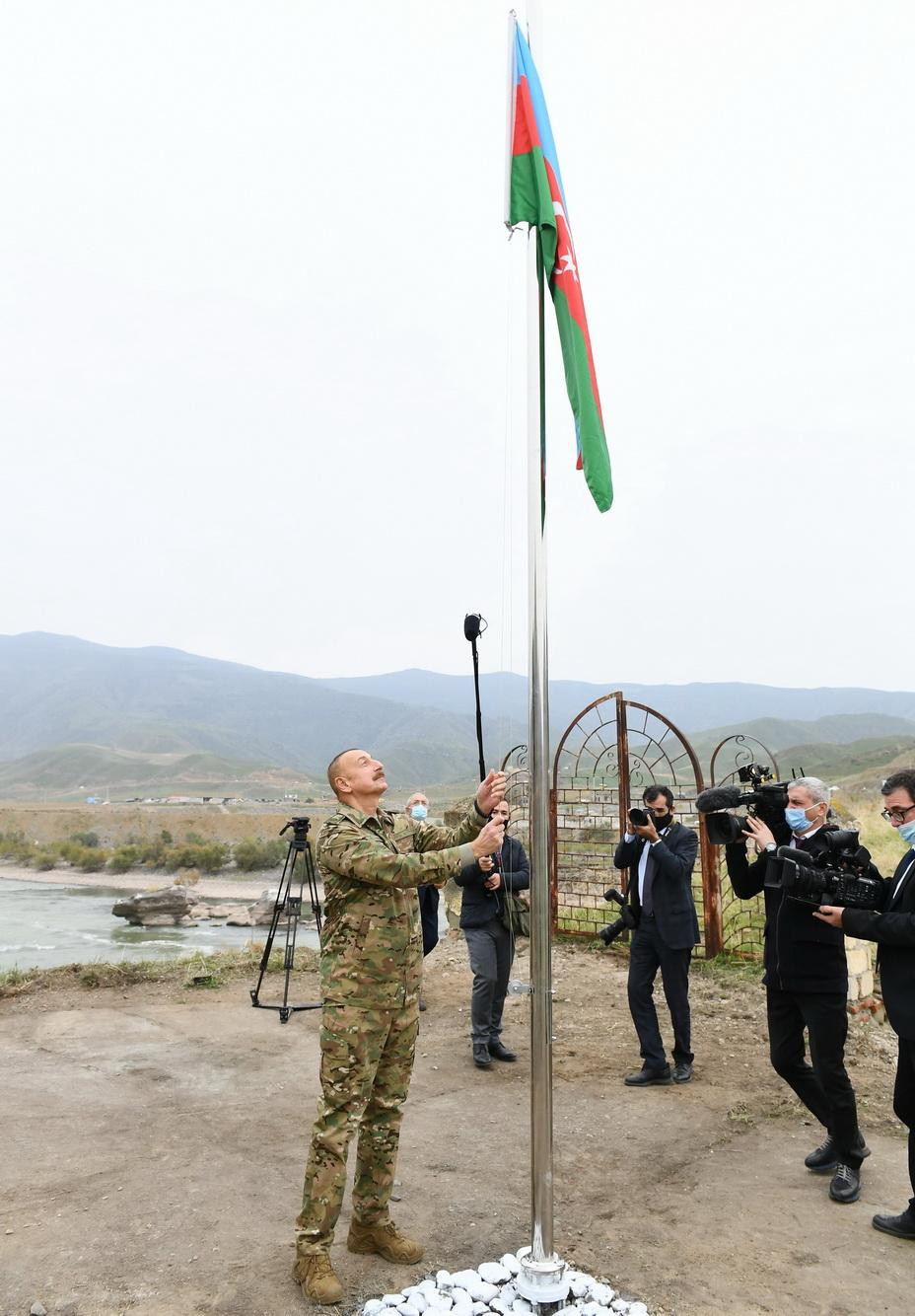