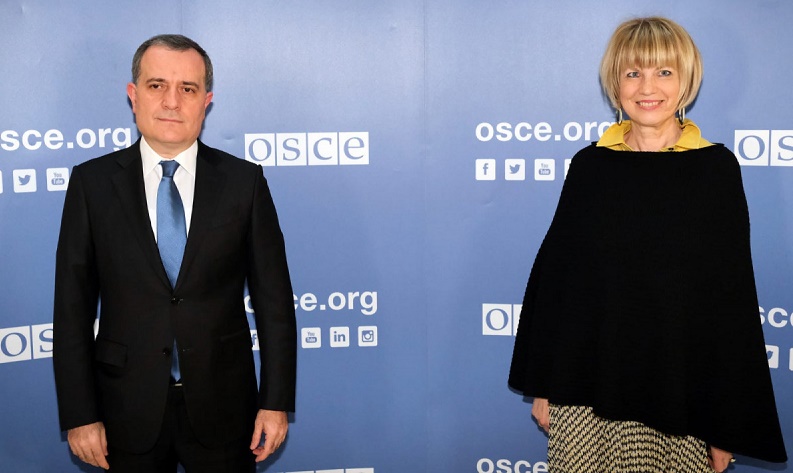 The minister also expressed Azerbaijan's interest in the participation of the OSCE in the building and reintegration processes at the current post-conflict stage.

The Minister informed the OSCE Secretary General on the current situation in the region, issues related to the implementation of tripartite statements, and the steps taken by Azerbaijan to normalize relations between the two countries.

The minister said that the delimitation of the borders between Azerbaijan and Armenia is considered an important element in the normalization of relations between the two countries, and Azerbaijan is a supporter of the urgent start of this process. It was noted with regret that the approach of Armenia to this issue, including the position demonstrated by Armenia on this issue and a number of preconditions for starting the delimitation process, are absolutely unacceptable. It was brought to the attention of the Secretary General that Azerbaijan supports the launch of the delimitation process without any conditions.

The parties exchanged views on cooperation between Azerbaijan and the OSCE, as well as other issues of mutual interest.