Azerbaijan, Türkiye act as one team over many issues in region: President Aliyev 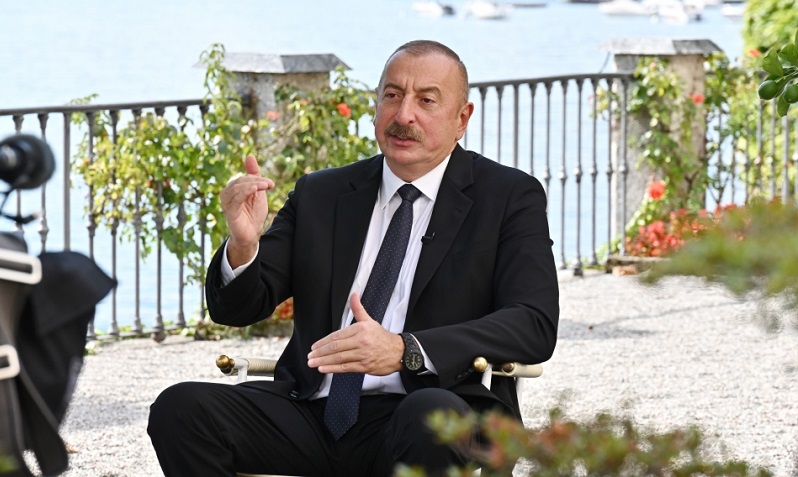 On many issues in the region Türkiye and Azerbaijan act as one team, Azerbaijani President Ilham Aliyev said in an interview with the Italian “Il Sole 24 Ore” newspaper, News.Az reports.

The Azerbaijani leader noted that Türkiye is a strong global power.

“The alliance declaration which we signed with Türkiye last year is a very important factor of regional stability,” he said.

“Since the end of the second Karabakh war, where Türkiye showed us political and moral support, our relations have strengthened even more. So, this is an important factor and on many issues in our region Türkiye and Azerbaijan act as one team and this also must be taken into account by everyone,” President Aliyev added.