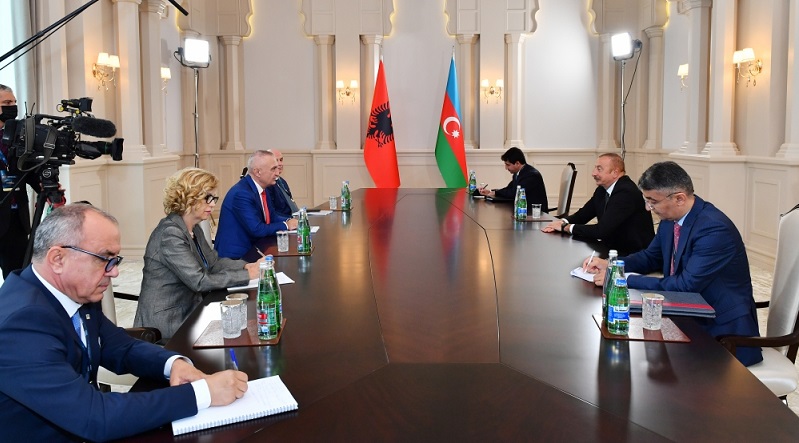 The Albanian President said he was deeply impressed by the development processes in the city of Baku, adding that the Azerbaijani capital had become more beautiful since his last visit. Wishing President Ilham Aliyev and the people of Azerbaijan new success, the Albanian President thanked the President of Azerbaijan for the successful completion of the TAP project. President Ilir Meta wished Azerbaijan success in large-scale construction work carried out in the liberated territories. Noting that the peoples of Albania and Azerbaijan are brotherly peoples, Ilir Meta hailed the fact that next year will mark the 30th anniversary of the establishment of diplomatic relations between the two countries.

President of Azerbaijan Ilham Aliyev thanked President of Albania Ilir Meta for his participation in the 9th Global Baku Forum. The head of state praised Albania's support for Azerbaijan's territorial integrity in the second Karabakh war, as always, and stressed that this shows once again that Albania is a friendly and brotherly country for Azerbaijan.

Noting the scale of the destruction in the liberated territories is very large, President Ilham Aliyev said that foreign journalists, politicians and other officials witnessed it by visiting those territories. Underling that Azerbaijan is facing the problem of landmines, the head of state stressed that more than 220 people have been killed or injured as a result of landmines so far.

During the conversation, they discussed cooperation in economic, trade, energy and other areas.