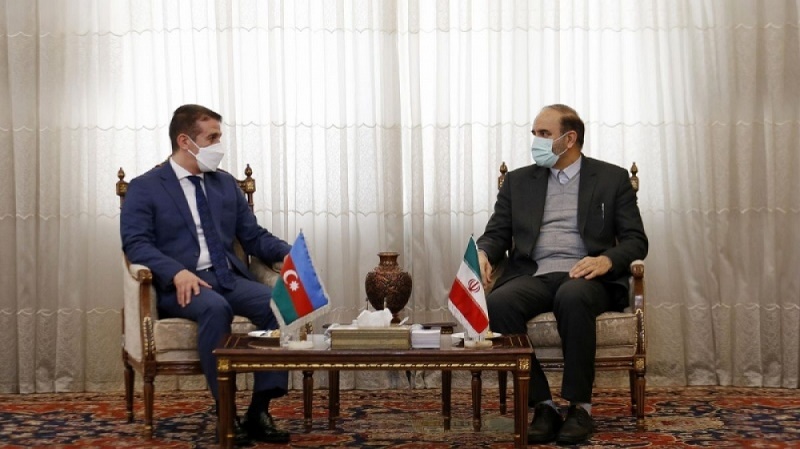 Azerbaijani ambassador to Iran Ali Alizade has met with the governor of Iran`s East Azerbaijan Province Zeynalabdin Abedin Khorram as part of his visit to Tabriz.

Ambassador Ali Alizade highlighted the restoration and construction work in the lands liberated under the leadership of Victorious Commander-in-Chief, President of the Republic of Azerbaijan Ilham Aliyev. The ambassador called on Iranian companies, particularly the companies and businessmen operating in East Azerbaijan province to invest in the liberated territories of Azerbaijan and take an active part in construction work. Alizade said a meeting of the joint economic commission between Azerbaijan and Iran will be held in Baku on March 10-11. He noted that the Baku-Tehran flight will be resumed in the coming days.

The governor of Iran's East Azerbaijan Province Abedin Khorram said that Iran pays special attention to the development of relations with the Republic of Azerbaijan. “The companies of the province are ready to participate in the construction work in the liberated areas.”

The sides also discussed other issues of mutual interests.