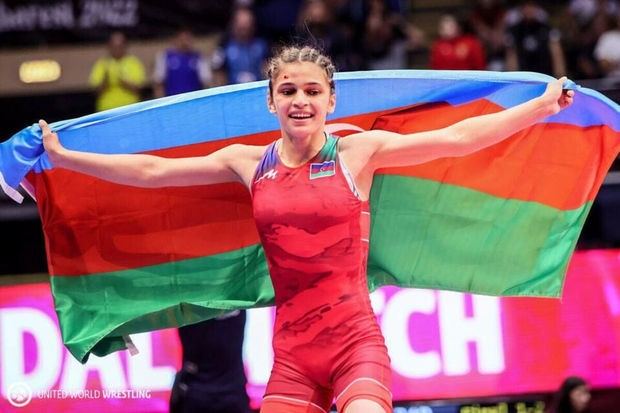 The U-17 Wrestling World Championship continues in Rome, Italy. Representatives of Azerbaijan take part in the competition, News.az reports.

Ruzanna Mamedova, who competed in the 49 kg weight category, first defeated the Romanian Ana Maria Rotaru. Azerbaijani European champion in the 1/8 finals was stronger than the Bulgarian Victoria Boinova - 7:1.

In the next stage, Mammadova beat the Turkish athlete Shevval Chaiyr (3:2). In the semi-finals, the athlete did not leave a single chance Aimgyul Abilova from Kazakhstan - 10:0.

In the decisive match, Mammadova met with the Japanese Mihoko Takeuchi. Takeuchi, who defeated all her rivals before the final, completed the first part of the decisive meeting with an advantage of 3:0. However, Mammadova, having shown perseverance in the second part, won with a score of 5:3 and became the world champion.

Elvina Kerimzade, a member of the Azerbaijani women's national team (43 kg), lost at the first stage to the representative of the United States, Erica Pastoriza. However, E. Karimzade got the right to participate in the repechage match, as her opponent reached the final. Azerbaijani athlete defeated Polish athlete Dominika Konkel with a score of 4:1. E.Kerimzade won the bronze medal after beating the Kazakhstani athlete Arina Abdullina.